The Son of a Pakistani Politician Killed by a Muslim Extremist Reflects After a Disturbing Funeral March 14, 2016 Hemant Mehta

In 2009, a Christian woman named Aasiya Noreen (a.k.a. Asia Bibi, below) got in a fight with Muslim co-workers over shared water. They said it was unclean because Noreen was Christian. An argument ensued during which Noreen said she would not covert to Islam, a statement her co-workers took as an insult to their faith and the Prophet Muhammad.

It wasn’t long before a Pakistani judge sentenced her to death. I repeat: They said she should die because some Muslim women felt she insulted their faith. (Thankfully, her execution hasn’t taken place yet, as her appeals process is still ongoing. The next hearing is scheduled for later this month.) 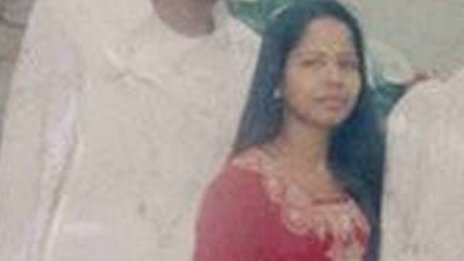 That brings us to Salmaan Taseer, a Pakistani businessman and politician, who was one of the people on Bibi’s side this whole time. He publicly criticized the blasphemy law and condemned the archaic thinking that led to her sentencing. And on January 4, 2011, Taseer was assassinated.

His own bodyguard, Malik Mumtaz Hussain Qadri, shot him 27 times with an AK-47. All in the name of Islam, of course.

Qadri himself was soon given the death penalty.

And that raised an interesting questions for the people of Pakistan: If Qadri was sentenced to death, was the country finally on the side of human rights?

His execution was carried out earlier this month… and we learned very quickly that Pakistan was still stuck in the Dark Ages. Instead of celebrating justice in honor of Bibi, an estimated 100,000 people attended his funeral and cheered in the streets. That is: they were celebrating the life of a murderer who killed in defense of Islam.

Let that disturbing idea sink in for a bit…

Over the weekend, in a piece for the New York Times, Aatish Taseer, the son of the slain Salmaan Taseer, wrote about the conflict in Pakistan and what he takes from the whole horrific situation:

… Was this the first funeral on this scale ever given to a convicted murderer? Did the men who took to the street in such great numbers come out of their hatred of my father or their love of his killer? They hardly knew Mr. Qadri. The only thing he had done in all his life, as far as they knew, was kill my father. Before that he was anonymous; after that he was in jail. Was this the first time that mourners had assembled on this scale not out of love but out of hate?

And finally, I wondered, what happens when an ideology of hate is no longer just coming from the mouths of Saudi-funded clerics but has infected the body of the people? What do you do when the madness is not confined to radical mosques and madrasas, but is abroad among a population of nearly 200 million?

And this is really the problem with the ideology of Islam, isn’t it? The virus has infected so many people who believe even assassinations are justified in defense of the faith. Of course there are many Muslims who reject all that, but the extremists are not just a fringe group.

As the deceased Taseer showed, those with the courage to repudiate these outdated blasphemy laws may be fatally punished for speaking out. If that’s the case, what hope is there for the country?

(Thanks to Scott for the link. Portions of this article were posted earlier)

March 14, 2016
The Birth of the "Death with Dignity" Movement
Next Post

March 15, 2016 Slam Poet Eviscerates Religion in New Video
Browse Our Archives
What Are Your Thoughts?leave a comment