David Barton: Violent Crime Was Reduced by 75% in Las Vegas Due to “Biblical Teachings”

Did you know violent crime in Las Vegas has dropped by 75%?

(Since when? I don’t know. From what to what? Who cares.)

More important, did you know this is all happening because of Jesus?!

That’s the claim made by Christian pseudo-historian David Barton on “The Patriot and The Preacher” radio show recently: 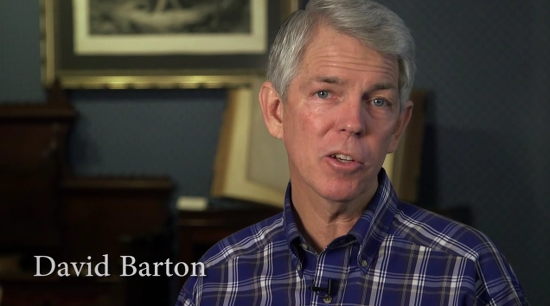 There appears to be a God factor in this thing, and we were able to document actually 47 categories of government-kept statistics that plummeted at that point in time when we told God to take a hike. Apparently He did and it hasn’t worked out too well for us since then. But when God is reintroduced back into policy, for instance, in Las Vegas, the churches there worked with the police department to teach morals in the city, the violent crime rate has gone down 75 percent in Las Vegas by the reintroduction of biblical teachings back in the city through the police department and the churches.

Right Wing Watch notes that there’s no such documentation of any of this, though there is a Christian propaganda film that touts the 75% number. Even then, however, it’s referring to one specific neighborhood in Las Vegas.

Barton also claimed, without evidence, that SAT scores dropped due to the end of school-sponsored prayers.

You know, for someone who claims to be “a math and science guy,” he doesn’t seem to understand the difference between correlation and causation.

March 14, 2016
What Does Donald Trump Really Know About His Own Christian Faith?
Next Post