This was posted yesterday on the Bossier Parish (Louisiana) Sheriff’s Office Facebook wall: 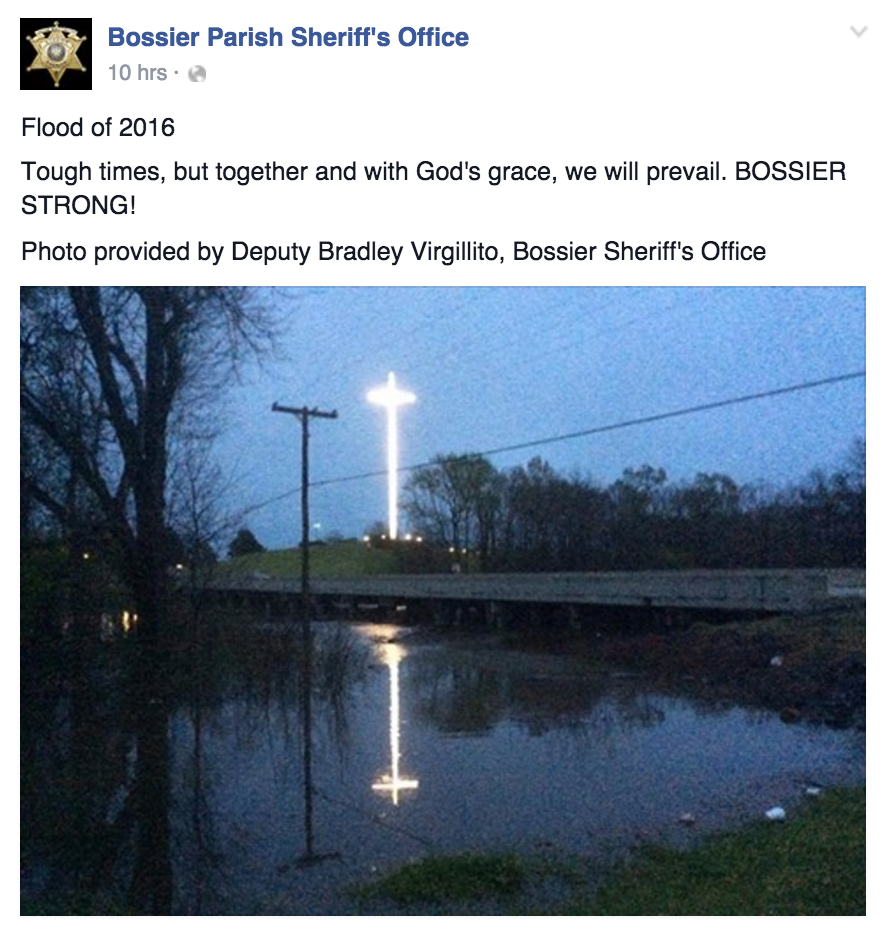 Tough times, but together and with God’s grace, we will prevail. BOSSIER STRONG!

You know, if God cared so much, maybe He would have prevented the flood…

Anyway, this is clearly a promotion of Christianity by a government organization. It would never happen with any other faith, and if a Sheriff’s Department promoted atheism, you’d never hear the end of it. While some police and fire departments have gotten away with more generic “In God We Trust” signs, this is explicitly pro-Jesus.

It’s not the first time this department has violated church/state separation. In 2013, they lost $15,000 in federal funding because of a “Young Marine Program” that emphasized belief in the Christian God alongside things that actually mattered. The following year, Sheriff Julian Whittington held a prayer rally on government property. This is also a department where officers apparently pray to Jesus with the people they pull over.

At what point did they decide the laws didn’t apply to them? And if they’re allowed to violate the Constitution, why should the people they’re supposed to protect be required to follow it?

(Thanks to Ort for the link)

March 13, 2016
Oregon Set to Pass Law Making Saying "So Help Me God" Optional for Witnesses at Committee Hearings
Next Post