An Oregon Man Has Won the Right to Wear a Furry Fox Hat in His Driver’s License Picture March 13, 2016 Hemant Mehta

Days after a Canadian man made the case that he should be allowed to wear his Edmonton Oilers cap in his driver’s license picture, a Portland, Oregon man has received a green light to wear a fox hat in his: 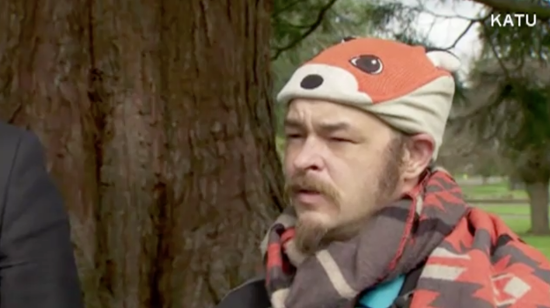 Bishop — his last name wasn’t identified — said the ordeal began last summer when he went to go renew his license:

Bishop said, “I’m a practitioner of the seven drums religion. It’s one of the Nez Perce religions where we all have a wild animal totem.”

His animal is a fox, so he wears the hat as a symbol of that spirit wherever he goes.

Makes as much sense as any other religion, as every member of the Church of the Flying Spaghetti Monster knows, and the government has no business telling anyone their sincerely held religious beliefs aren’t really sincere.

Bishop took his picture — with the hat — but his application was rejected after the fact. That left him without a license for nine months. In that time, though, he lawyered up and eventually won on appeal.

“It shouldn’t matter if you wear a [yarmulke] or a hijab or, ‘a silly fox hat,’ as the man at the DMV wants to call it.” 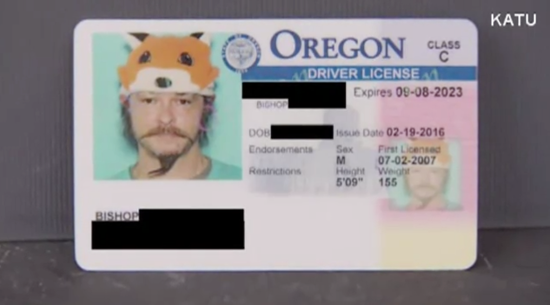 (Screenshots via WWLP. Thanks to Randy for the link)

March 13, 2016 Freethought Cruise Registration is Now Open
Browse Our Archives
What Are Your Thoughts?leave a comment