Troy Maxham, a racist from Vermont, has a sign on his house that says “Muslim Free Zone.” 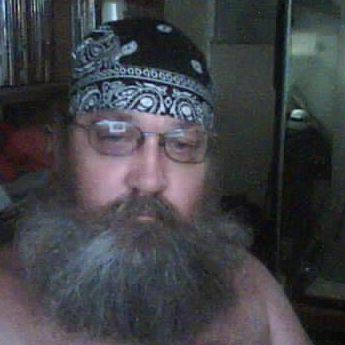 People in the community are concerned (for obvious reasons) about the message it’s sending, but Maxham doesn’t care:

… Maxham, who claims he’s served in the U.S. Army in the past, said he doesn’t believe “towelheads,” a racial slur against someone wearing a turban, should be allowed to take over the United States.

Also, he said he believes President Barack Obama is a Muslim.

If Maxham was in the Army, that means he served alongside Muslims who were also defending the U.S. Not that facts matter to him. He’s going with his gut.

I wonder who he’s voting for…

Maxham, a self-described supporter of Republican presidential candidate Donald Trump, said he will leave the cardboard sign up until it rots away, and then he’ll replace it with another.

Who want to take bets on what rots first: the sign or the remains of his heart?

Anyway, he can legally do all of this. It’s his private property. The same laws that let Christians put Nativity scenes on their front lawns allow Maxham to put up his racist sign. That’s how free speech works. You don’t have to like it or accept it. But if you’re a First Amendment advocate, it means you have to support his right to be a bigot in his home.

At the same time, it’s this sort of attitude which is precisely why we need laws preventing discrimination against minorities, whether they’re Muslim or LGBT, in public places. These problems won’t fix themselves. As the saying goes, you can’t reason people out of something they were never reasoned into in the first place.

Maxham is just a racist. He has no empathy for people who don’t look or think like him. He doesn’t care about how anyone feels. And you won’t change his mind since it doesn’t look like he has one to change:

When told that his sign could be seen by some as offensive, Maxham said he didn’t care. “If they don’t like it, they can kiss my American ass,” he said.

By the way, if you’re not voting, you’re letting assholes like this pick the next President.

March 12, 2016
Ray Comfort's Writing a Book About How an Atheist Will Never Become President of the United States
Next Post