Sadly, the Church of Scientology Has Not Yet Lost Its Tax Exempt Status March 12, 2016 Hemant Mehta

Sadly, the Church of Scientology Has Not Yet Lost Its Tax Exempt Status

A number of people sent me this breaking news yesterday with the shocking headline, “The United States Revokes Scientology’s Tax-Exempt Status”! 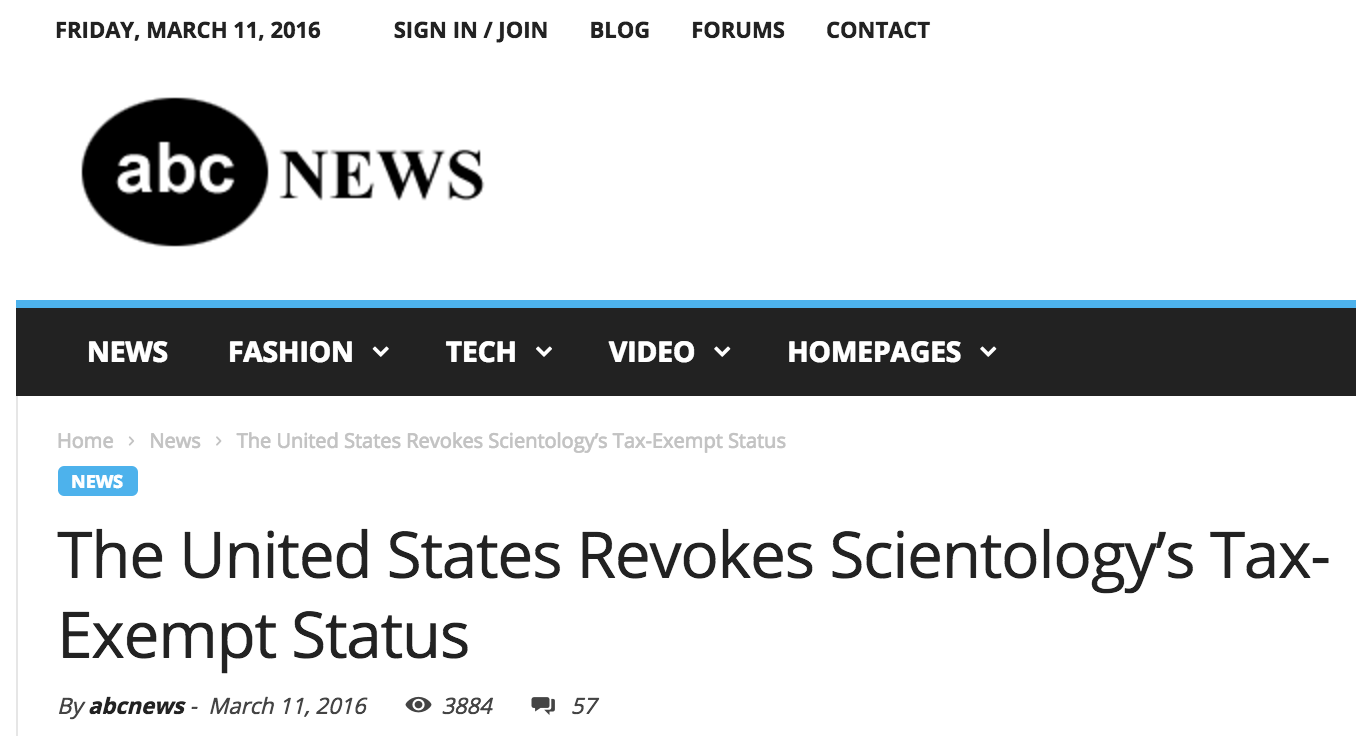 The first place to look is the URL: abcnews.com.co.

That “co” shouldn’t be there at the end. The URL tricks you into thinking you’re looking at a legitimate news site but it’s actually someone else’s parody page.

There’s also the fact that this story came out of nowhere. It’s not like reporters were discussing the case in advance like they would a murder trial or an upcoming Supreme Court oral argument.

I will say the article is extensive and well-written. I can see why people were taken in by it. But sadly, there’s no truth to it.

Believe me, the moment Scientology loses its tax exempt status, we’ll all shout it from the rooftops and celebrate. But that day is a long way away.