Ray Comfort’s Writing a Book About How an Atheist Will Never Become President of the United States March 12, 2016 Hemant Mehta

So, this is happening… 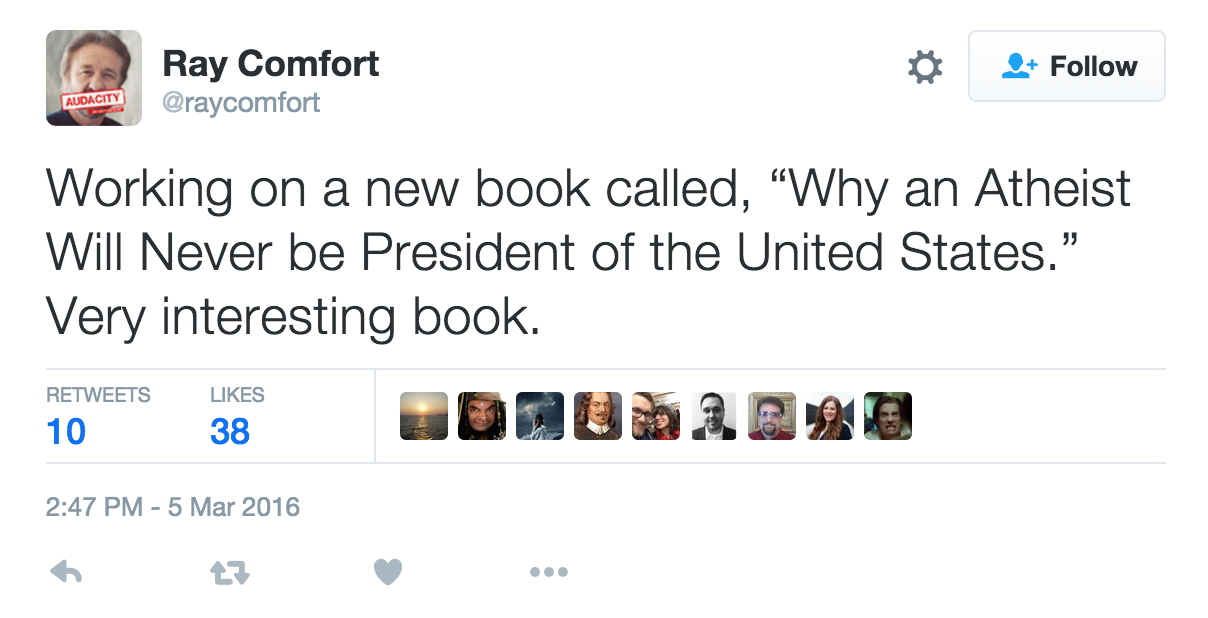 I can’t decide whether I want to agree with Ray Comfort, because the anti-atheist stigma is so strong, or run for President myself just to prove him wrong.

I highly doubt, though, that this book will be a sociological look at why Americans won’t vote for an open atheist. That’s not Comfort’s style. His specialty is sneaky proselytizing. He’ll more likely argue that an atheist can’t run for higher office because we don’t believe in higher powers… or we’ll kill ourselves before it happens due to “survival of the fittest”… or the Constitution says we must be natural born citizens and atheists think their grandparents were Kenyan monkeys.

Either way, I’ll buy a copy of the book if he puts a banana on the cover. (Make it happen, Ray!)