Christian Right Leader: If Your Pastor Likes President Obama, You Should Find Another Church

We all know evangelical Christian churches and the Republican Party have a tight bond. They both support policies that hurt women, block rights to LGBT people, deny science, etc. And even though that conservative bent may be pushing many young Christians out of the pews, the mindset isn’t changing.

We all know that. But Christians hate talking about it. They think of themselves as being above politics. They may align with Republicans on the issues, but pastors are concerned with our eternal lives, while politicians only care about this one. Got it?

But when a caller asked Family Research Council President Tony Perkins what she should do about her Obama-supporting pastor, Perkins didn’t follow the script. Instead, he had enough information to tell that caller to get out of her church: 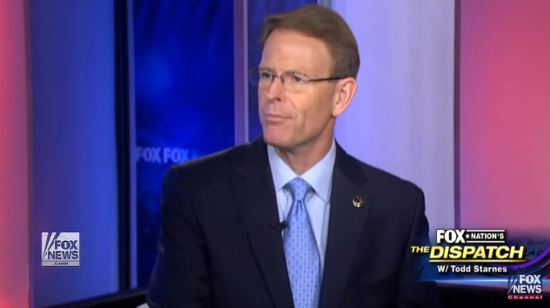 After the caller said that, among other issues, her pastor “thinks Obama is the greatest,” Perkins advised her to begin “praying about changing churches and finding another church.”

Perkins said that the Obama administration has “systematically targeted the Christian faith” and that the president’s policies on abortion rights and marriage equality conflict with Christianity.

“What more evidence is necessary that this president is not in alignment with biblical truth and even historical truth?” he added. “I think it’s time for a new church.”

Just to be clear, the President’s policies only conflict with Tony Perkins’ interpretation of Christianity. There are plenty of Christians — Obama included — who believe letting women make their own decisions and expanding civil rights to LGBT people falls perfectly in line with their faith.

Perkins isn’t just telling the caller to leave her church. He’s delegitimizing the President, acting as though he’s not really a Christian. It’s despicable behavior — and exactly what we’ve come to expect from the Religious Right.

March 11, 2016
Who Are These Students Not Participating in a Massive, Adult-Led Cafeteria Prayer?
Next Post