Christian Purity Site: Girls Who Dress Immodestly Reduce Their Own “Value and Respect”

The purity culture group Secret Keeper Girl posted an odd message for young women last week, comparing them to iPads and suggesting that Jesus won’t love them if they don’t cover up their bodies:

Here’s the original post in all its grammatical/format sloppiness: 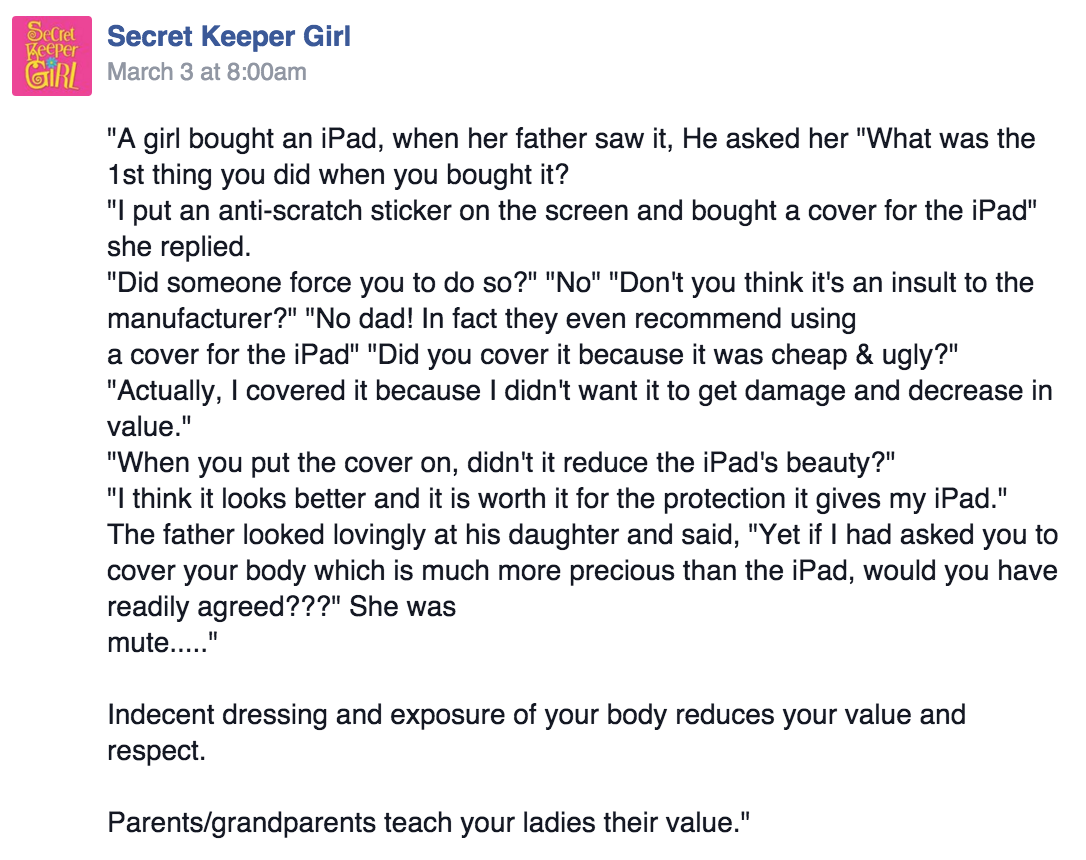 “A girl bought an iPad, when her father saw it, He asked her “What was the 1st thing you did when you bought it?
“I put an anti-scratch sticker on the screen and bought a cover for the iPad” she replied.
“Did someone force you to do so?” “No” “Don’t you think it’s an insult to the manufacturer?” “No dad! In fact they even recommend using
a cover for the iPad” “Did you cover it because it was cheap & ugly?”
“Actually, I covered it because I didn’t want it to get damage and decrease in value.”
“When you put the cover on, didn’t it reduce the iPad’s beauty?”
“I think it looks better and it is worth it for the protection it gives my iPad.”
The father looked lovingly at his daughter and said, “Yet if I had asked you to cover your body which is much more precious than the iPad, would you have readily agreed???” She was
mute…..”

Indecent dressing and exposure of your body reduces your value and respect.

Parents/grandparents teach your ladies their value.“

The message is clear: Girls who don’t cover up are damaged goods who have lost their worth. People shouldn’t respect them. It’s up to adults to teach ladies their value, which is entirely dependent on how they dress.

For some reason, that message didn’t go over well, even with the group’s own fans, who argued that God finds everyone worthy no matter who they are (or how they dress).

So a week later, the moderators edited the post to fix the problems.

They removed the line that said, “Indecent dressing and exposure of your body reduces your value and respect.” And they changed the very last line — and I’m quoting this directly — to the following:

Parents/grandparents teach your daughters [AND SONS] their value.

Got it everyone?! This totally applies to boys, too. That’s why they treated them like an afterthought. 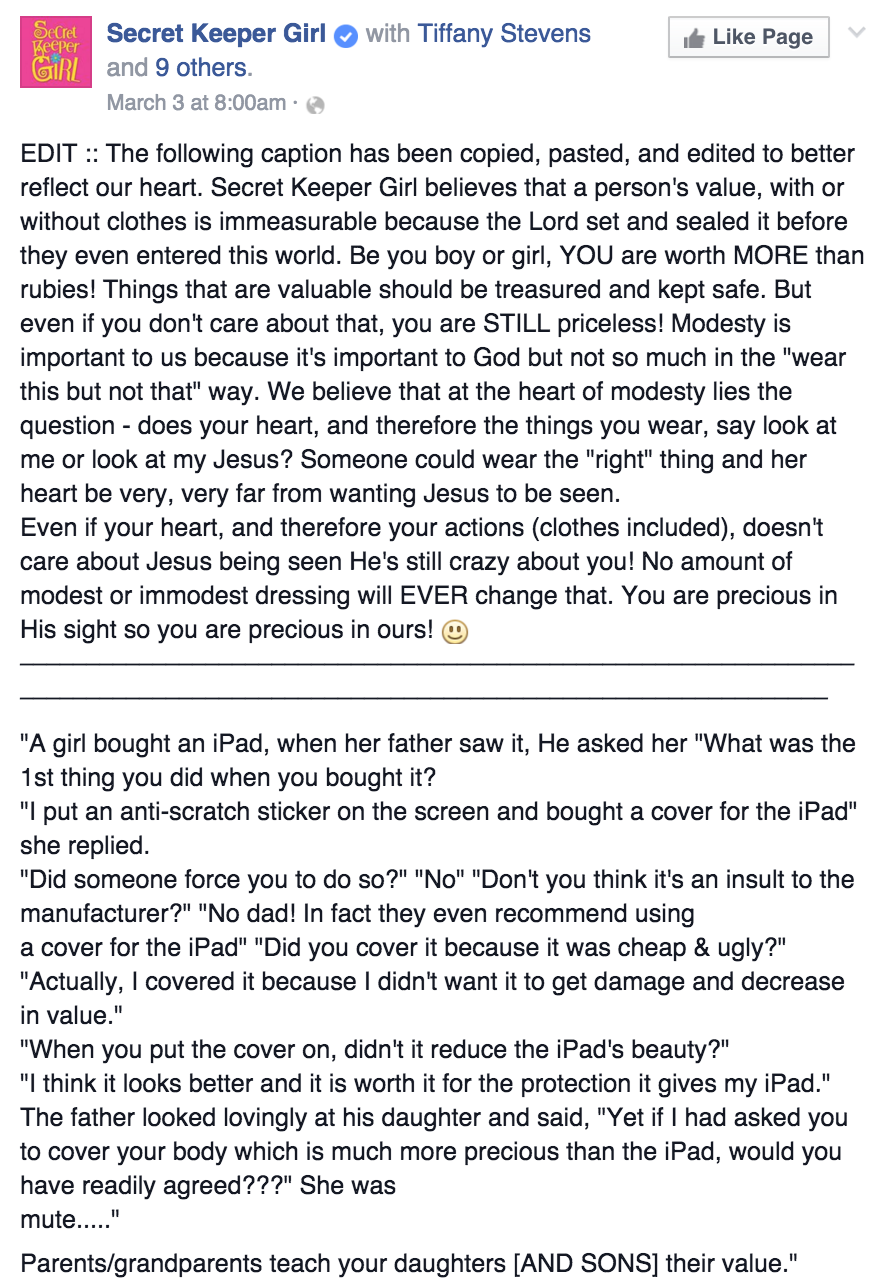 They didn’t change the most glaring problem of all: The comparison between a woman and an inanimate object. And why would they? They genuinely believe women who show cleavage, wear thin shoulder straps, or put on shorter skirts are doing something wrong. They think women like that are tempting men, causing them to “stumble.” They think a godly woman is one who hides her body until marriage — and if she dares do anything sexual before walking down the aisle, she’s no better than used tape or chewed up gum.

What a horrible message. (By the way: I don’t have a cover on the iPad I’ve owned for years now. It works pretty damn well and the resale value is excellent.)

You can read more about this awful mindset and the people behind this Facebook page right here.

March 10, 2016
Outside the GOP Debate, There's a Man Walking Around in a Donald Trump Penis Costume
Next Post