Christian “Prophet” Fights Lion Because He Thinks God Will Save Him; Lion Bites His Ass Off March 11, 2016 Hemant Mehta

Christian “Prophet” Fights Lion Because He Thinks God Will Save Him; Lion Bites His Ass Off

“The Kruger National Park is not aware of any such incident taking place anywhere in the park. It would have been reported to us if any of our rangers had taken part in this incident as reported,” he said.

A self-proclaimed “prophet” thought God wanted to test his faith, so he decided to get in a battle with a lion. And the lion won.

You have to take this story with a grain of salt, but GhanaWeb reports that Prophet Alec Ndiwane‘s encounter took place at Kruger National Park in South Africa. 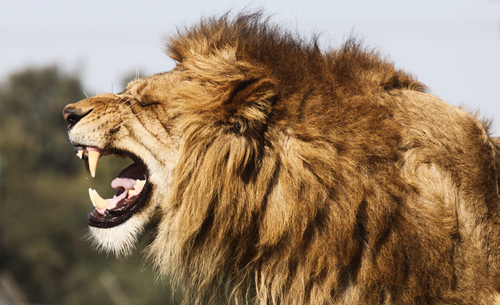 Upon seeing the man running towards them, the lions could not believe that manna was coming straight from heaven and instead ran towards the prophet. Alec must have then come to his senses as he quickly realised this was not going to end well and made an immediate turn and ran back to safety.

But before he could safely reach the confines of the car, one lion had snapped its paws on him thus causing major damage to his toilet sitting tool. Also thanks to the game ranger who was near who fired some shots with his gun to scare the lion away.

So Ndiwane got his ass bitten off by a lion that he tempted because he heard God’s voice telling him to do so in his head.

I guess we were wrong, atheists. God exists and He has a hilarious sense of humor.

(via Raw Story. Image via Shutterstock. Thanks to Brian for the link)