Earlier in the week I covered some remarkably homophobic columns written by Wisconsin Supreme Court Justice Rebecca Bradley (who was temporarily appointed to the bench by Governor Scott Walker last year and is currently running for election). Penned for her college paper, the “pro-life” Bradley showed unabashed contempt for gay people and AIDS victims (whom she referred to as “degenerate drug addicts and queers”) and complete disregard for their lives (saying they “deservedly receive none of [her] sympathy”). 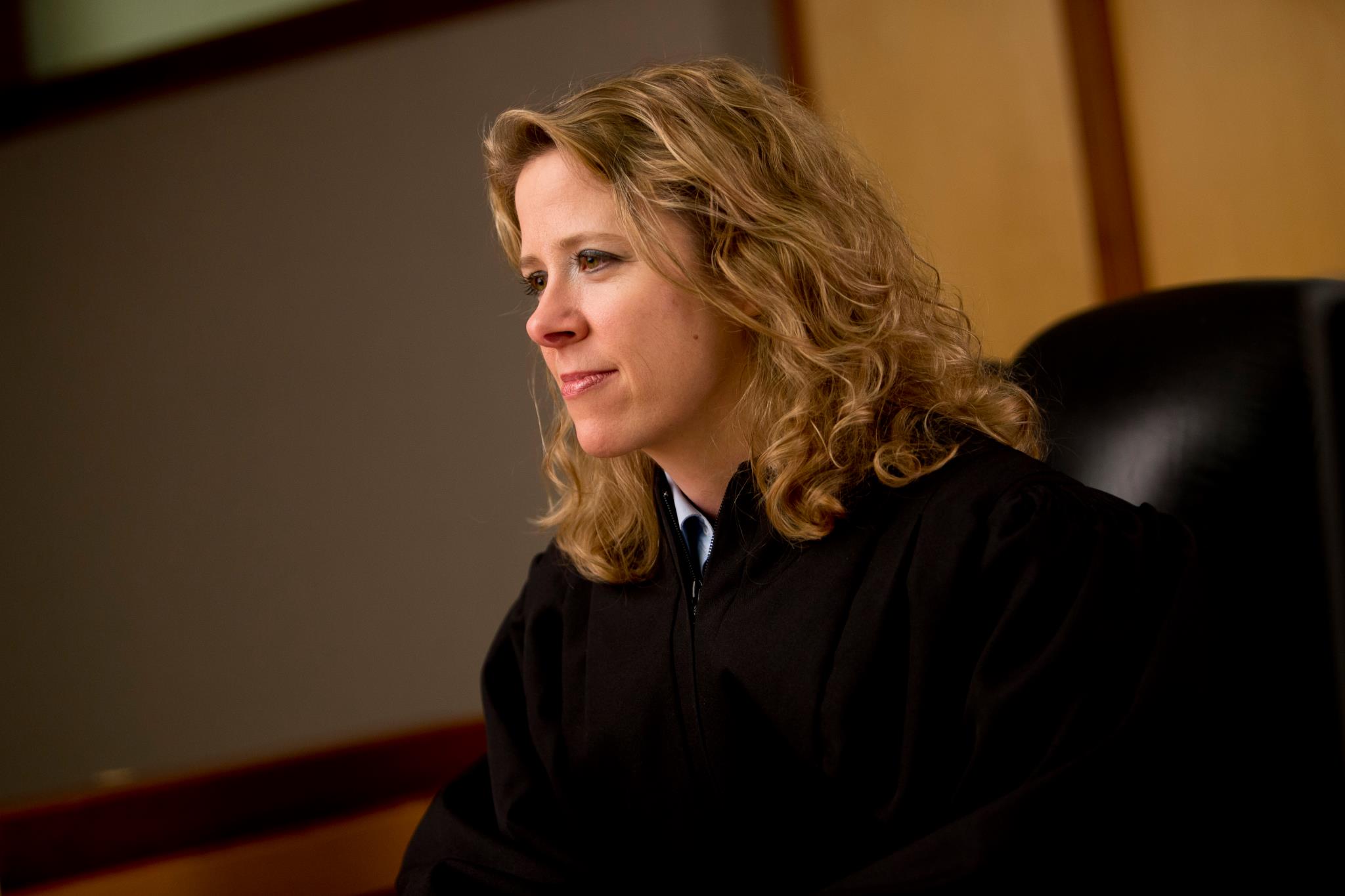 I noted at the time that the columns, despite having been written in the 90s, were relevant due to the position Bradley has and hopes to retain, as well as her continued embrace of social conservatism — there just isn’t good evidence to suggest that her opinions have shifted, and as a Supreme Court justice who can have significant impact on the lives and rights of LGBT Wisconsinites, that matters.

Well, One Wisconsin Now (the liberal group that uncovered those columns) has found additional writings by Bradley in which she shares her disturbing views on women. A couple of themes become apparent in her pieces. First is all the judgment (still reflected in her more recent writings, where she refers to contraceptive use as murder). Victim blaming is another big one.

In a column entitled “Awaiting feminism’s demise,” she expressed her belief that that feminism is “largely composed of angry, militant, man-hating lesbians who abhor the traditional family.” She then pointed out what she saw as hypocrisy within the feminist movement using a few cherry-picked examples of odd statements made by feminists as if they represent what all feminists think. There were also a few strange comparisons:

Feminists whined about the ‘ordeal’ perjurer Anita Hill suffered under the male-dominated Senate judiciary committee, yet they vociferously supported members Herb Kohl over Susan Engeleiter and Paul Simon over Lynn Martin in their respective races.

That’s not hypocrisy at all.

Kohl and Simon were both pro-choice candidates, unlike their opponents. You don’t have to support every female candidate (e.g. Michele Bachmann, Sarah Palin) to be a “good” feminist.

But Bradley’s list isn’t just about an inability to differentiate between blindly supporting women based on gender alone and protecting women from perceived ill treatment. She also has a list of supposed wrongs feminists have caused. Among them?

Camille Paglia, professor at the University of Arts in Pennsylvania and feminist author of Sexual Personae legitimately suggested that women play a role in date rape. She was subsequently prevented from speaking at several colleges

Needless to say, being a woman (or even a self-described feminist) doesn’t prevent you from legitimate criticism from other feminists.

In another column about the “holocaust” of abortion (called “Rights should extend into the womb”), she made the personhood argument:

When the male and female reproductive cells and their respective nuclear material unite, the start of a new person, a new life, has commenced…

It’s worth pointing out that Bradley’s more recent writings refer to birth control as “murder”; while she has avoided making public statements on AIDS patients and rape victims in the interval, we know for a fact that her views have not shifted at least on this issue. If anything, they’ve grown more radical and a-factual.

Her column is essentially a checklist of bad anti-abortion arguments — like how some abortions may be based on gender, which means they’re driven by misogynist ideology, which means we should take abortion rights away from women. She writes that it’s “ironic” that feminists aren’t already working to stop abortion as a result of this, because, you know, women’s rights!

She also claims that abortion rights should be put to popular vote:

Why not let the people decide?

More than 90 percent of abortions would be rejected by the majority, who accepts the act only in specific situations, including rape, incest, threat to the mother’s life or severe deformity in the baby.

At any rate, she’s quick to liken abortion to slavery and the Holocaust. Which is not just absurd for comparing the rights (and suffering) of thinking, sentient human beings to non-sentient, fertilized human eggs (or embryos, or fetuses). It’s also bizarre because it suggests popular sentiment should be enough to override someone’s basic rights — which is, in a sense, the same mentality that fueled slavery and the Holocaust.

Despite this fact, however, our society is turning a blind eye to this holocaust of our children, largely for the sake of convenience, or perhaps the financial concerns of the women who choose abortions. I recall a time in history when blacks were treated as something less than human for convenience and financial reasons. I recall a time in history when Jews were treated as non-humans and tortured and murdered. Now, at this point in our sad history, we are perpetrating similar slaughter, only we are killing babies.

Bradley — whose name was Rebecca Grassi at the time — also inaccurately describes abortion as an act of torturing babies. She asks readers “not be persuaded by any pleas for a woman’s right to control her body or ‘choose’ to be pregnant or not.”

March 10, 2016
Atheists Force PA School Board to Reconsider Putting "In God We Trust" Signs in Classrooms
Next Post

March 10, 2016 Televangelist Offers Mathematical Evidence That the End Times Are Near
Browse Our Archives
What Are Your Thoughts?leave a comment