Televangelist Offers Mathematical Evidence That the End Times Are Near March 10, 2016 Hemant Mehta

Televangelist Offers Mathematical Evidence That the End Times Are Near

You know how it’s easy to mock Christians who say the End Times are near?

Well, televangelist Rick Joyner has mathematical proof that it’s happening soon. So everyone get ready for Christ’s return because there’s no way this could be wrong! 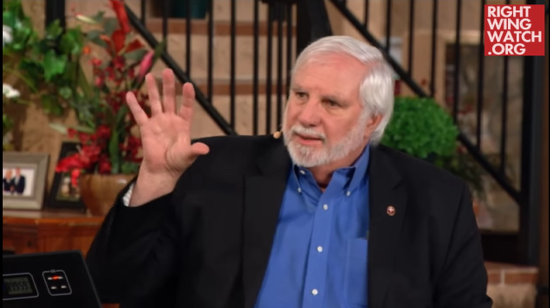 “You can add up the genealogies in Scripture and find that from the time of Adam until today, there’s been about 6,000 years,” Joyner said. “There’s one period in Judges that’s a little ambiguous so you have to give-or-take 100 years, but we’ve been on earth since Adam about 6,000 years. And that’s six prophetic days.”

Joyner then explained that a line from 2 Peter stating that “one day with the Lord is as a thousand years” means that “there will be 6,000 years until the end of this age.”

According to Joyner, since the earth is now approaching year 7,000 and “Jesus is the Lord of the Sabbath, which is the seventh prophetic day,” that means that Christ’s return is imminent.

To paraphrase one YouTube commenter, there are approximately 4.5 billion problems with his theory.

March 10, 2016 Outside the GOP Debate, There's a Man Walking Around in a Donald Trump Penis Costume
Browse Our Archives
What Are Your Thoughts?leave a comment