It should have been an exciting moment when the girls’ basketball team at Florida’s Northeast High School made it to the state championship game a couple of weeks ago.

Instead, it became the subject of controversy because the team’s Seventh Day Adventist coach, Zach Gillion, chose to sit out the final game because it was held on a Saturday — a day of rest for his faith.

The girls ended up losing the game. 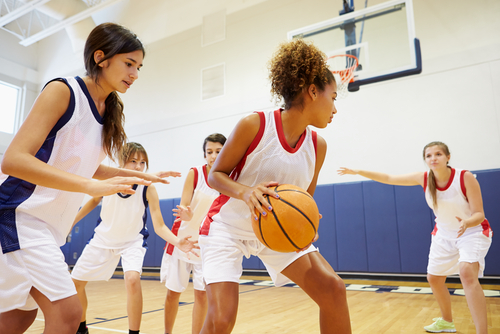 I don’t have any sympathy for this coach, and I’ll explain why in a moment, but look at how he’s trying to spin the situation:

[Gillion] was… extremely disappointed that the FHSAA refused to switch his 6A game with the game scheduled to be played after sunset, especially after league officials had been incredibly accommodating for other games during the team’s playoff run.

The Florida High School Athletic Association was under no obligation to change the schedule on the religious whims of a coach. These schedules are made long before the season begins (and the venues are booked in advance, too) — you don’t get to whine about the time of the championship game when you always knew what it was going to be.

The Saturday games were scheduled to go from the smaller schools (class 5A) to the largest (class 8A), with the 8A game played in primetime. Gillion’s accommodation would have affected multiple teams, the fans who came to watch the games, and the TV viewing audience. (Typically, the larger the schools, the more competitive and exciting the games.)

That’s why the FHSAA wasn’t about to change things. Imagine a random college football bowl game being player after the National Championship Game. It’s completely anti-climactic.

Not that Gillion cares:

His proposed solution? Just make individual accommodations when requested. Because what if, instead of him, it was a player who couldn’t compete?

“A young 17-year-old, 16-year-old, shouldn’t be put in the position where they have to choose,” Gillion said.

If a player couldn’t compete, it’s her problem, too.

Just like Gillion, the players know the schedule in advance. It’s not like the FSHAA springs the date and time of the game on people at the last second.

If your religion has irrational rules about when God forbids you from shooting a free throw, then you need to deal with it.

I have personal experience with this. As many of you know, I’m the head coach of a competitive high school forensics/Speech team. We have a postseason that lasts three weeks in February and includes a State championship. The schedule is set years in advance. It’s up to us to be available. If I know a student can’t compete on the day of the State Finals, for religious or personal reasons, that student won’t be on our postseason team at all. It’s just that simple. I make sure my calendar is empty those weeks, too.

Gillion thinks the state owes him something due to his religion. It doesn’t. Gillion just needs to decide what matters more: His team or his God. He says the answer is God and that’s fine. He’s allowed to set his priorities. But he doesn’t deserve a pat on the back for his decision.

March 9, 2016
Ken Ham Criticizes Church That Feeds Homeless LGBT Youth for Not Telling Them They're Going to Hell
Next Post

March 10, 2016 The Dress Code for Good Christian Women
Browse Our Archives
What Are Your Thoughts?leave a comment