We laugh (and cry) on this site when we hear about church pastors taking advantage of a congregation that’s supposed to know better. But when the bar for skepticism is so very low, pastors don’t have to try very hard to fool anyone.

Like the pastor from Zimbabwe who claimed to have the ability to fly… even though savvy viewers could easily figure out the trick. 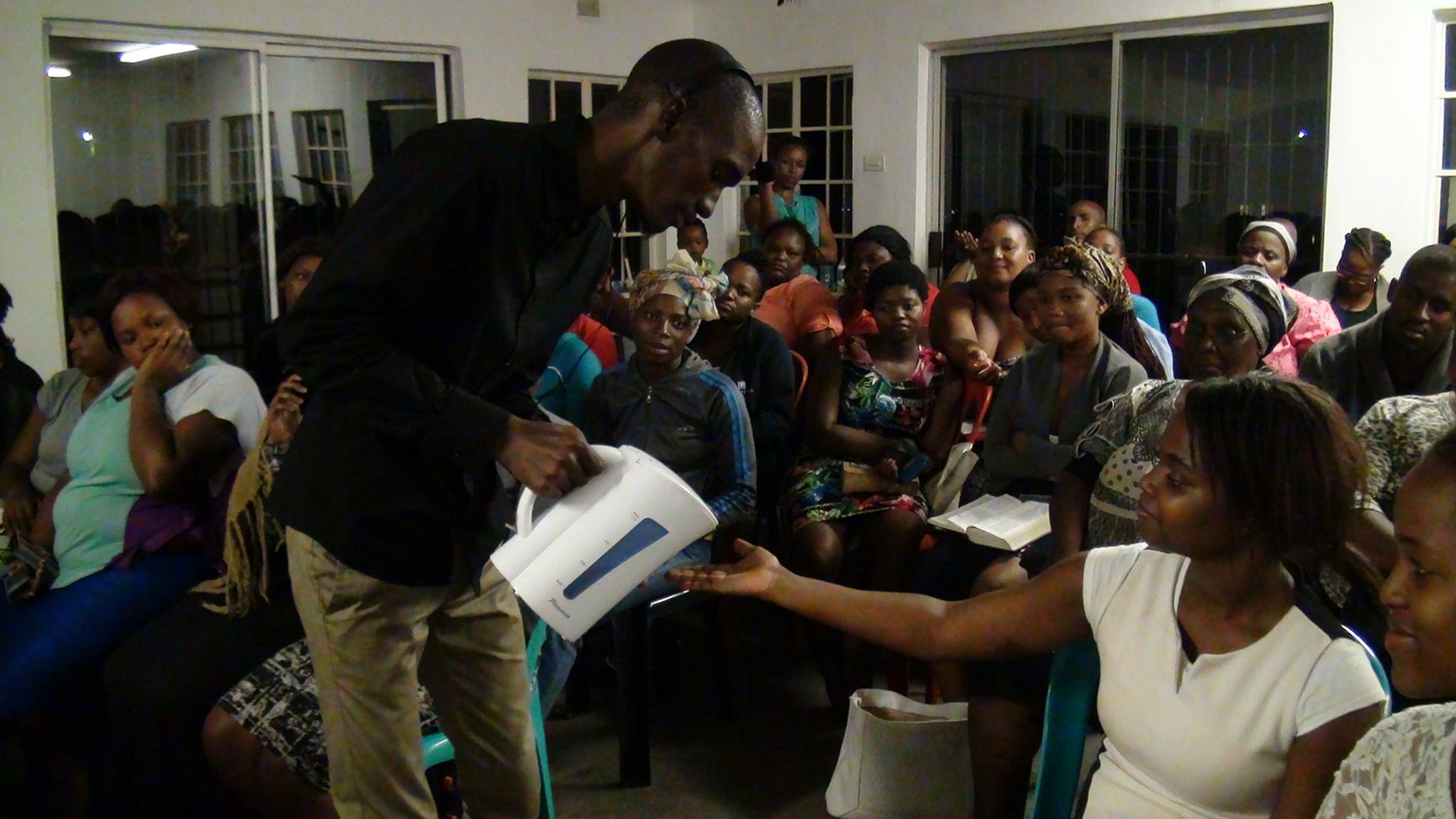 According to the Facebook page for Thy Word Kingdom Harvest Ministries:

The apostle [Sambulo] then told someone to go boil water in a kettle at the kitchen. One young man went there and did so…
He came back with boiling water.
The Son of God took the kettle and put it on himself (on his chest, he hugged it). The congregation was in shock, as they shouted: “NO!”
Some couldn’t even look.
.
He then asked; “who has faith here?”
One by one, people came and did what the apostle did, and were not hurt.
He re-boiled the water… as he did;
…one young woman came to him and said;
“Papa I have faith, pour it on my hand as hot as it is.”
The Son of God first poured on Himself, then poured unto this lady.
The rest of the congregation, one by one followed, as they also wanted to test their faith.

That sounds amazing… until you consider what the kettle looked like: 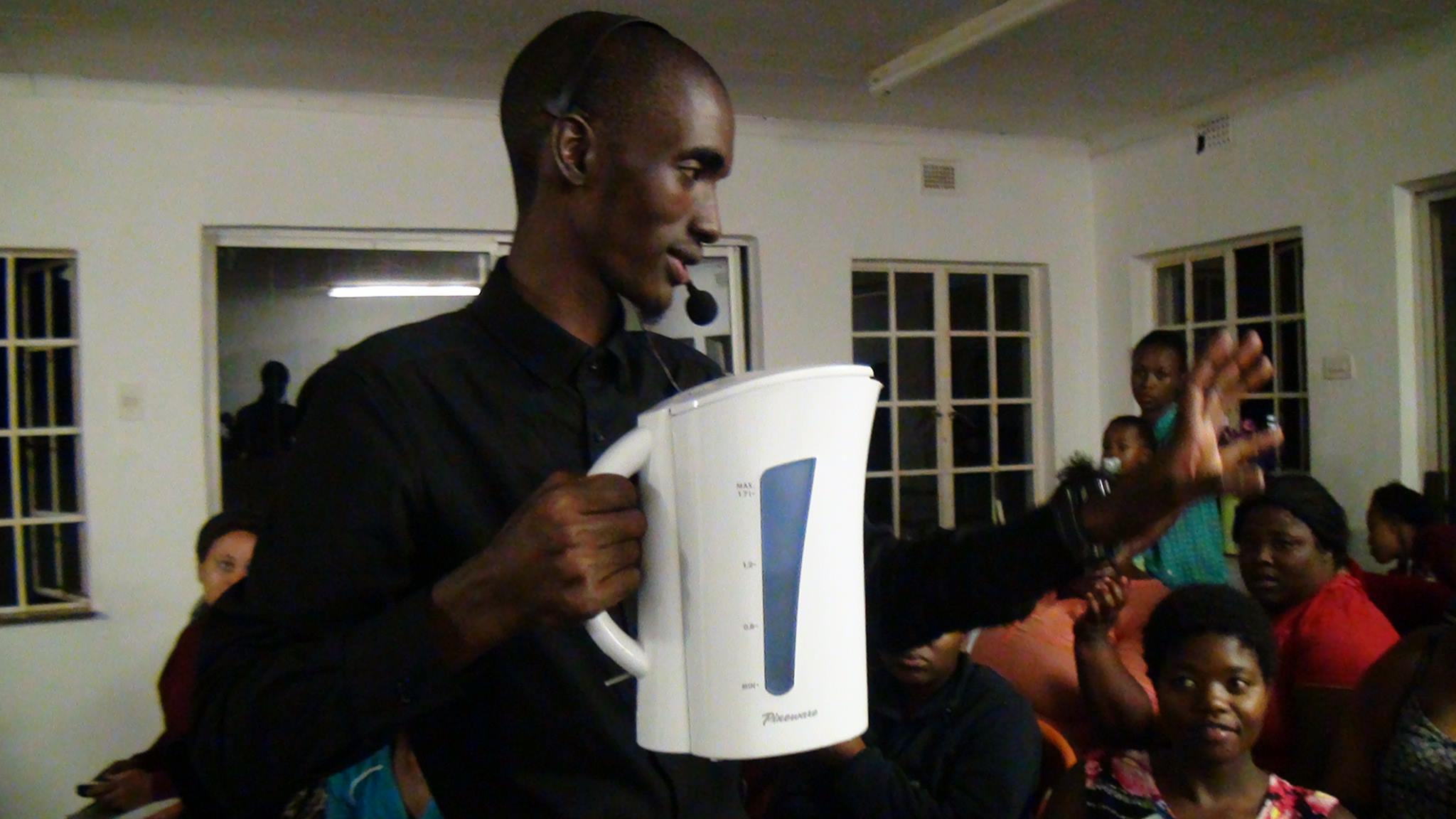 Needless to say, this is a pathetic magic trick. Nothing more. Certainly not a miracle.

But the people were duped anyway.

If Sambulo really wanted to show off, he could have boiled the water in the same room as the congregation. He could have had someone take the temperature first. Even magicians test the knife for the audience before doing a trick.

(Images via Facebook. Thanks to Jaynee for the link. This post has been edited to remove the quotation marks around the word “kettle.” Except that one instance just a second ago.)

March 8, 2016
Orlando Officials' Oath of Office Was a Christian Prayer in Disguise
Next Post

March 8, 2016 Catholic Bishop: We Must Stand Up for Persecuted Atheists All Over the World
Browse Our Archives
What Are Your Thoughts?leave a comment