A Planned Parenthood in Columbus, Ohio was vandalized overnight Sunday with splashes of red paint and a Bible verse suggesting the clinic workers should be cast into the sea with stones tied around their necks. (Can you feel the Christian love?) 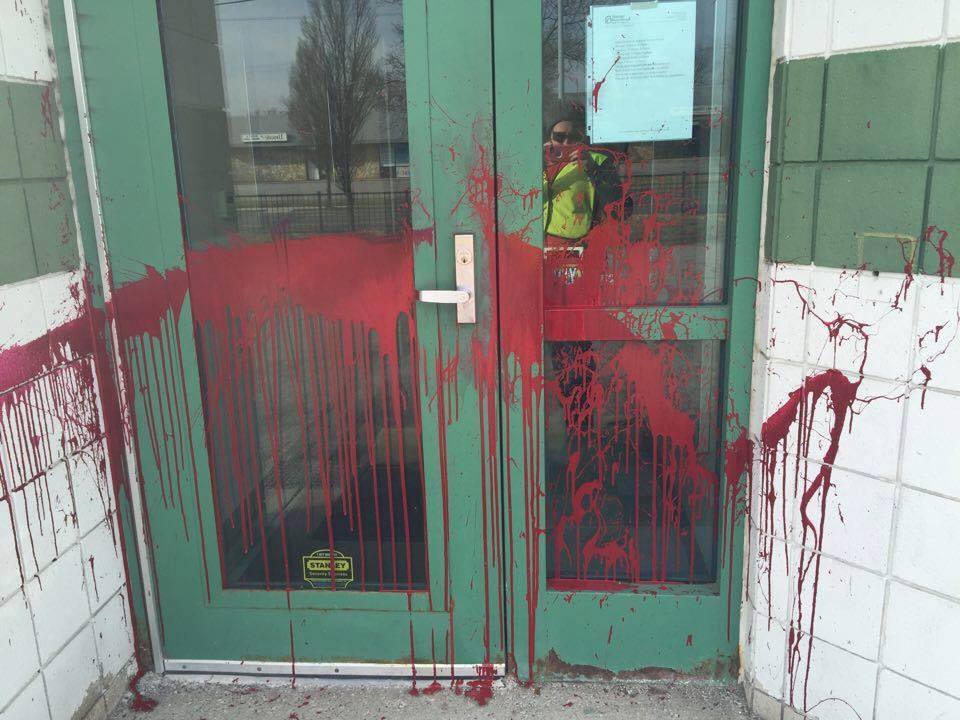 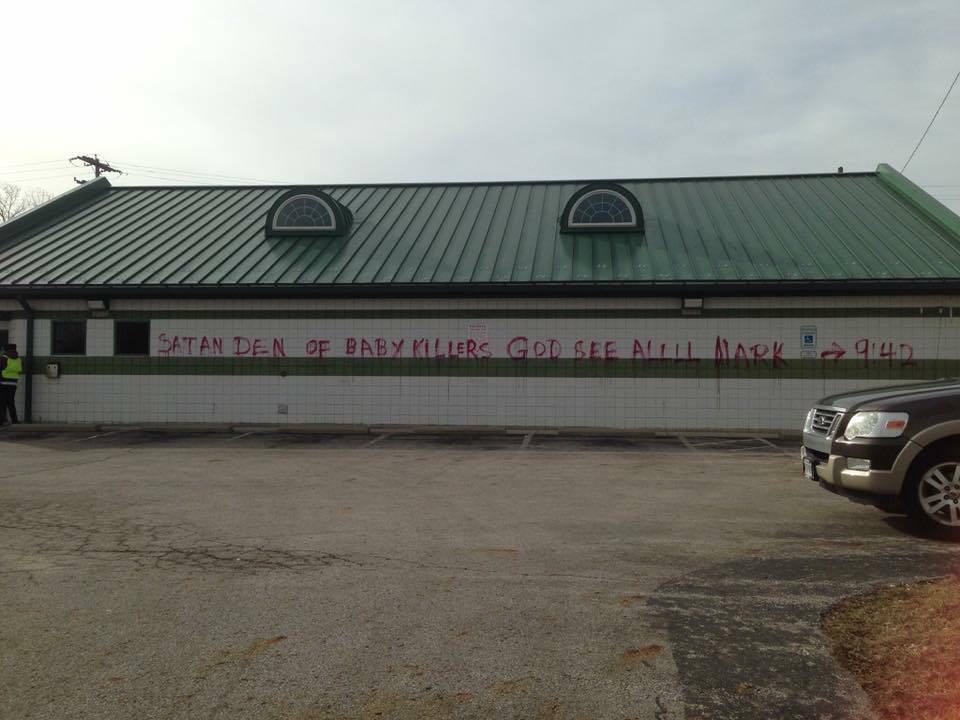 The passage in question reads:

And whosoever shall offend one of these little ones that believe in me, it is better for him that a millstone were hanged about his neck, and he were cast into the sea.

The term “little ones” appears several times in the New Testament and is understood to refer to God’s people, not literal children. It’s not even defensible that fetuses have a concept of God, so whom are they suggesting should be drowned?

Here’s an obvious danger with novice Christians — these people clearly don’t study the Bible but are acting out in this way using the Bible as defense, as if God is on their side. Anyone can Google Bible quotes to vaguely back up their point, no matter what it is.

Here, I’ll do it in response to this vandal:

Proverbs 3:29: Do not plot harm against your neighbor, who lives trustfully near you.

There are no suspects yet, but a group that protests outside the clinic regularly was questioned. A spokesman for the protesters, Dave Daubenmire, denied involvement.

We think it’s awful they (vandals) would do this. We believe in protecting property and lives.

If that name sounds familiar, it’s because “Coach” Daubenmire has been mentioned on this site multiple times for pushing nonsense theories about homosexuality (parents would rather see their kids be addicted to drugs than be gay) and abortion (“Terrorism in the womb leads to terrorism in the world”).

Planned Parenthood will be making a statement later today regarding the vandalism.

March 7, 2016
Australian Christian Leader: We Must Protect Atheists' Right to Discriminate Against Gay Couples
Next Post