This is What Happened When an Atheist Politician Gave an Invocation on the Arizona House Floor March 5, 2016 Hemant Mehta

It’s amazing how much Christians will overreact when an atheist politician says some kind, inclusive words before they all get to work.

On Thursday, Arizona State Rep. Juan Mendez delivered his third secular invocation on the House floor. (The first time he gave one, a Christian colleague felt obligated to deliver a second Christian invocation the following day.)

The only reason it was controversial was because House Majority Leader Steve Montenegro tried to block him from speaking last month, saying there was a rule that all invocations had to be made to a Higher Power. There’s no such rule. After all, that would fly in the face of the Supreme Court’s ruling in Greece v. Galloway, which said that atheistic invocations were legal in government settings alongside religious ones.

So Mendez gave his invocation with no reference to a Supreme Deity: 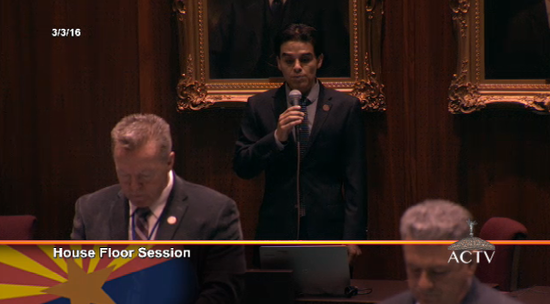 You can see the video here beginning at the 0:33 mark.

We are here today, as everyday, to represent our pluralistic society — of which I am grateful to again be included in.

To represent that beauty of our multi-cultural state that reflects our diversity of color, of heritage, of religion and lack thereof.

Spanning across communities both urban and rural, we are the same. Yearning to better our lives. Looking to better the lives of others.

Let us embrace those that want to help our society grow. Let us accept each other for our differences. Let us work to help those we represent flourish.

We need not tomorrow’s promise of reward to do good deeds today. For some may seek the assistance of a higher power with hands in the air, there are those of us that are prepared to assist directly, with our hands to the earth.

Take these words to heart as we move this great state of Arizona forward: It is our responsibility to honor the Constitution and the secular equality it brings.

And so shall it be…

When he finished his prayer, Montenegro spoke up. He claimed that because Mendez’s invocation wasn’t a prayer, a minister needed to step in and do the job correctly. And wouldn’t you know it, there was one nearby just for that moment: Rev. Mark Mucklow. 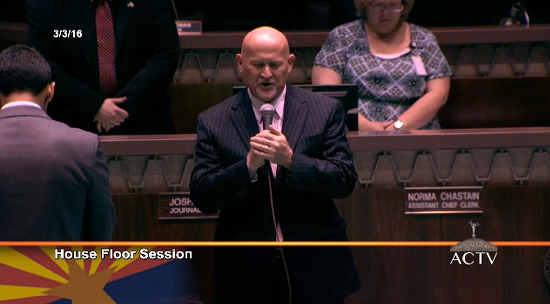 At least let one voice today say thank you, God bless you.

What a dick move. I’m surprised he didn’t throw in a “Bless your heart.” His prayer ended “In Jesus’ name.”

It was followed by the Pledge of Allegiance, which also references God.

And soon after all that was done, State Rep. Rusty Bowers made a comment that Mendez’s words had been a slam on people of faith. Because when you say there are people willing to assist directly rather than throw their hands up in the air, that apparently excludes the religious. 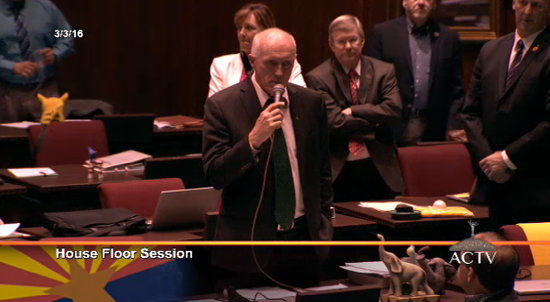 To be clear, what Mendez said wasn’t dismissive of anybody. It was simply an alternative, non-religious perspective. It’s *far* more inclusive, I would add, than the sectarian minister-led prayer that followed.

But this is what the AZ House has become — a battleground over invocations. I don’t particularly care about what Bowers said, but it is absolutely absurd that Montenegro would send in a minister after an atheist speaks, as if there was a mess that needed cleaning.

You will never see a Satanist come in after a Christian invocation to offset the “karmic imbalance.”

A defense of the secular invocation along with an announcement that he, too, is a Humanist: 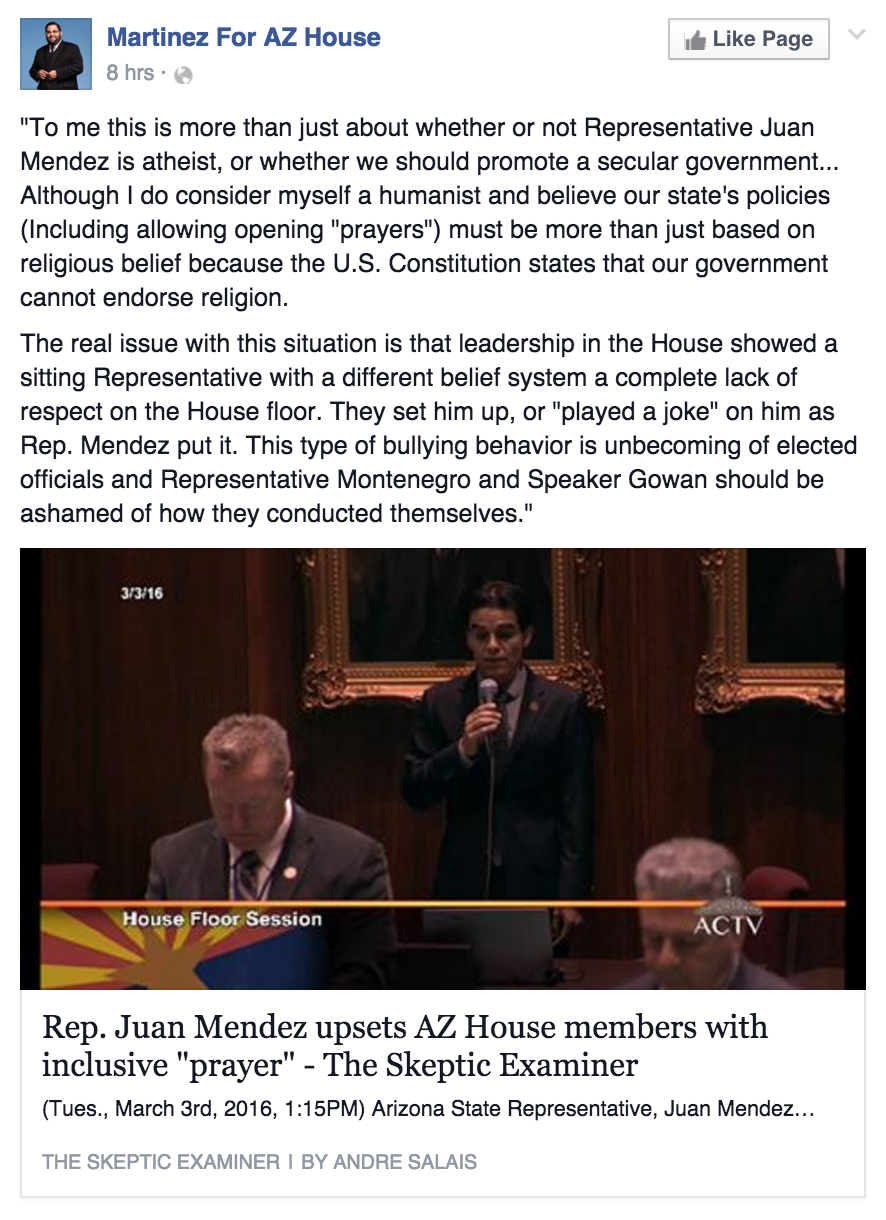 “To me this is more than just about whether or not Representative Juan Mendez is atheist, or whether we should promote a secular government… Although I do consider myself a humanist and believe our state’s policies (Including allowing opening “prayers”) must be more than just based on religious belief because the U.S. Constitution states that our government cannot endorse religion.

The real issue with this situation is that leadership in the House showed a sitting Representative with a different belief system a complete lack of respect on the House floor. They set him up, or “played a joke” on him as Rep. Mendez put it. This type of bullying behavior is unbecoming of elected officials and Representative Montenegro and Speaker Gowan should be ashamed of how they conducted themselves.”

How often do you see political candidates rushing to defend the atheist in the spotlight?! That’s incredible.

To be fair, it’s not entirely clear if Martinez is an atheist (“humanist” has different definitions for different people). I reached out to him last night for clarification but have not heard back as of this writing.

March 5, 2016
President Obama Says Goodbye to the MythBusters
Next Post