Christian Evangelist: Atheists Would Be Cannibals in an Emergency Due to “Survival of the Fittest” March 5, 2016 Hemant Mehta

Christian Evangelist: Atheists Would Be Cannibals in an Emergency Due to “Survival of the Fittest”

Christian evangelist Ray Comfort has a rather odd posting at his website The Evidence Bible. (There’s no author name attached, but it’s his website, so I’m assuming he wrote this.)

The point he wants to make is that Christians help the poor. 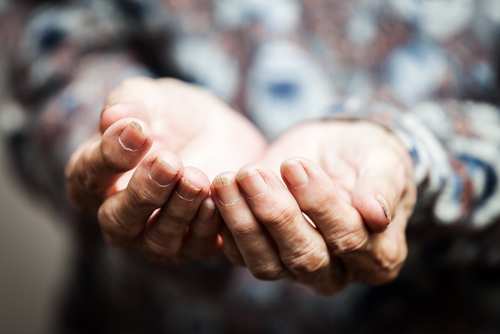 But check out this weird passage at the end of the brief posting:

If you find yourself in a lifeboat with no food and a group of very hungry people who are checking you out for lunch (it has happened), who would you rather be sharing the lifeboat with: a group of starving evolutionists who believe in “survival of the fittest” and have no moral absolutes, or a group of Christians who love their neighbor as themselves and fear God?

So… atheists are cannibals-in-waiting who would kill each other in an emergency, and the only thing preventing Christians from doing to same is fear of God’s wrath?

I know that’s supposed to be a slam on atheists, but I think it makes Christians look worse.

It goes without saying that “survival of the fittest” — words that Charles Darwin never used, by the way — is an explanation of how natural selection works, not a prescription for how we ought to live.

That’s not even the worst part of the article. Comfort (or whoever wrote this) also makes the point that Christians help the poor through hospitals and missions and organizations. Where are the atheists? he asks.

I wondered how many atheist missions I could find on the Internet. I typed in “Atheist Missions,” and guess how many came up? Zip. I tried the search words “atheists feed the poor.” None. “Atheists helping the homeless.” No results. I got more results from typing in “Hen’s teeth.”

That is absolute bullshit.

You want an atheist version of a mission trip? Here you go.

What about “atheists helping the homeless”? That’s literally the name of a group that exists. There are several chapters of it, too.

I’ll admit they don’t have the size or scale of Christian groups, but they are definitely out there. Comfort just didn’t look. He assumed it didn’t exist and ran with it.

This is what happens when you reuse old material without thinking.

March 5, 2016
How the Fear of Death Strengthens Christian Nationalism (and Leads to More Crime)
Next Post