Nigerian Terrorist Group Boko Haram, Having Driven Out Scores of Farmers, Is on the Hunt for Food March 4, 2016 Terry Firma

Nigerian Terrorist Group Boko Haram, Having Driven Out Scores of Farmers, Is on the Hunt for Food

After rampaging across the region for years, forcing more than two million people to flee their homes and farms, Boko Haram appears to be falling victim to a major food crisis of its own creation. Farmers have fled, leaving behind fallow fields. Herdsmen have rerouted cattle drives to avoid the violence. Throughout the region, entire villages have emptied, leaving a string of ghost towns with few people for Boko Haram to dominate — and little for the group to plunder.

That almost seems like good news, especially when you summarize it as the New York Times did today — “Boko Haram Falls Victim to a Food Crisis It Created.”

But, as the paper also points out, tens of thousands of innocents are close to starving, and the Islamic terrorists are now exporting their violent handiwork, making deep excursions into neighboring Cameroon to plunder whatever food supplies they can find. 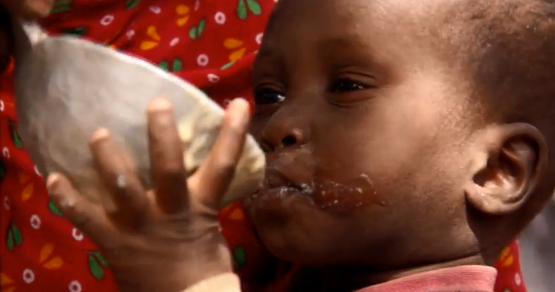 In the swaths of land that Boko Haram controls,

Markets have shut down because vendors have nothing to sell, and even if they did, many buyers have been scared off by the suicide bombers Boko Haram sends into crowds.

Any fool could have predicted such an outcome, but Boko Haram is known more for blind bloodlust than for longterm strategic planning.

If there’s a gold lining to the current crisis, it is that many of the group’s fighters are going hungry, sometimes inducing their surrender.

This week, dozens of emaciated Boko Haram fighters, along with captive women and children, surrendered to military officials in Nigeria, a situation the authorities expect to repeat itself in coming weeks.

The group isn’t just short on food, but, in places like Kerawa, also bereft of new victims.

Early last month, a suicide bomber entered Kerawa and blew himself up behind a house, killing a tailor. … [T]he bomber had been looking for a large group of people to kill, but after all the attacks in the town, the streets were empty.

Many have fled to Cameroon, where their presence elicits negative emotions, even from those who profess to be all about piety and compassion.

A religious leader who attends births and marriages in the Minawao Refugee Camp said the refugees needed to go home.

The United Nations says that Boko Haram has led 1.4 million people to scrounge for food, often unsuccessfully; 50,000 are thought to be “one step away” from famine. All glory be to Allah.