Last year, we told you what you can expect if you murder someone for Allah and you live in Pakistan. You might just become an instant folk hero.

That’s what happened to Malik Mumtaz Hussein Qadri. In January of 2011, Qadri, a personal bodyguard, fired more than two dozen submachine-gun rounds into Punjabi governor Salmaan Taseer (pictured), the man he was sworn to protect. Taseer’s crime? He opposed Pakistan’s blasphemy law and had worked for the release of Asia Bibi, a Christian woman sentenced to death for allegedly having insulted Islam’s prophet. 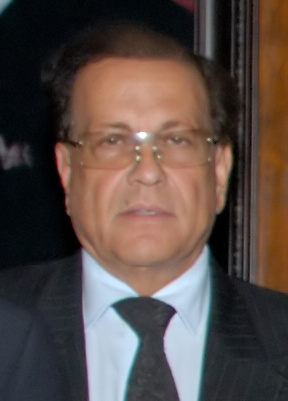 Millions of Pakistanis celebrated Qadri for his slaughter; and as for Bibi,

One survey reported that around 10 million Pakistanis had said that they would be willing to personally kill her out of either religious conviction or for the reward [about $10,000, offered by a Muslim cleric].

Qadri’s shocking popularity notwithstanding, he received the death sentence for what he did. After five years, he was finally executed earlier this week in Rawalpindi. According to the Guardian,

An estimated crowd of more than 100,000 people have attended the funeral of Mumtaz Qadri, in a massive show of support for the convicted murderer of a leading politician who had criticized Pakistan’s blasphemy laws. … [A] succession of clerics made fiery speeches bitterly condemning the government for giving the go-ahead for Monday’s execution of Qadri. …

Some of the all-male crowd wore “I am Qadri” signs around their necks while others held up the front page of the Ummat newspaper for bypassers to kiss, which was entirely covered with a photo of Qadri’s dead and garlanded body.

A lawyer — a lawyer! — named Sajjad Akhtar Abassi addressed the crowd with a condemnation of Qadri’s penalty and a celebration of the murderer’s great accomplishment, explaining that

“Islam is a religion of peace and harmony but it does not allow anybody to use wrong words against the prophet or any other holy character.”

I’ve long ago lost count of the number of Muslims who make my head explode (figuratively for now) with those kinds of public statements.

“Islam is a religion of peace — but…”

“Whosoever murders a person, it is as though he has killed all mankind — but…”

“There is no compulsion in religion — but…”

Every time, the word but is followed by maddening equivocations; and often, by outright bloodlust expressed toward adulterers, or gay people, or so-called blasphemers, or apostates, or all of the above.

March 4, 2016
Once Again, There's an Atheist Presence at CPAC
Next Post

March 4, 2016 Former Major League Baseball Pitcher Dan Haren Opens Up About His Agnosticism
Browse Our Archives
What Are Your Thoughts?leave a comment