Republicans have long been adept at embarrassing themselves. From shutting down the government over funding initiatives they’d already voted for to more than 60 fruitless attempts to repeal Obamacare to a fraud-backed crusade to defund Planned Parenthood, they’ve been tilting at windmills for years.

Some may look at Donald Trump‘s ascent as the culmination of this nonsensical devolution, but in reality, he’s just the beginning. His ascent is setting the scene for more Donalds to come bubbling to the top. And this is not theoretical. It’s already happening in Texas. 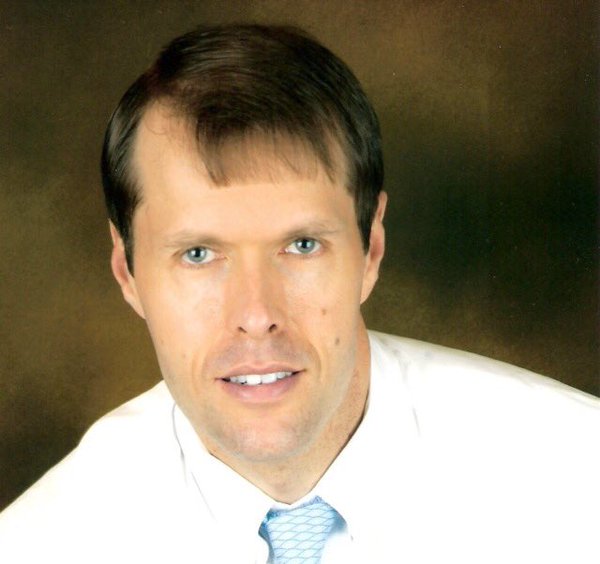 As the Texas Tribune reports:

The newly elected chair of the Republican Party in the county that includes the Texas Capitol spent most of election night tweeting about former Gov. Rick Perry’s sexual orientation and former President Bill Clinton’s penis, and insisting that members of the Bush family should be in jail.

He also found time to call Hillary Clinton an “angry bull dyke” and accuse his county vice chair of betraying the values of the Republican Party.

“The people have spoken,” Robert Morrow, who won the helm of the Travis County GOP with 54 percent of the vote, told The Texas Tribune. “My friends and neighbors and political supporters — they wanted Robert Morrow.”

Morrow’s election as Republican chair of the fifth-largest county in Texas left several members of the Travis County GOP, including vice chair Matt Mackowiak, apoplectic. Mackowiak, a Republican strategist, immediately announced over social media that he would do everything in his power to remove Morrow from office.

“We will explore every single option that exists, whether it be persuading him to resign, trying to force him to resign, constraining his power, removing his ability to spend money or resisting any attempt for him to access data or our social media account,” Mackowiak told the Tribune. “I’m treating this as a coup and as a hostile takeover.”

“Tell them they can go fuck themselves,” Morrow told the Tribune.

As horrific as Morrow seems in this excerpt, the article is actually quite generous in its description of Morrow. In fact, a great deal of the coverage of Morrow since his election understates just how truly terrifying he is. Even Rachel Maddow found herself stammering trying to drive home just how obscene he really was.

If you take a look at his Twitter feed, it’s easy to see why. The man is so unhinged it’s hard to believe he’s a real person and not a parody account of some sort.

If Trump is the human embodiment of a comments section, Morrow is a thread on the deepest, darkest, most despicable corners of 4chan. Morrow is essentially a twisted 14-year-old men’s rights activist swinging a shotgun on a joy ride in a stolen pickup truck, swilling cheap whiskey and smoking stale cigarettes he swiped off his drunken KKK father while hollering vulgar catcalls at PTA moms walking their kids down the street.

And even that description is generous.

There’s a part of me that wants to say that this is what happens when people don’t vote, but that’s not true. This was a Republican race, and Morrow — who, by his own admission, didn’t even campaign — beat out a relatively sane incumbent by 6,000 votes. This isn’t a symptom of voter apathy. It’s a symptom of just how disgusting the Republican party has become.

As we’ve written before, this is a monster of the party’s own creation. But this monster doesn’t just threaten the GOP. It’s threatening the very fabric of the country. When generally reasonable people look at this surge in depravity but stick with the party as a function of tradition instead of standing up to it, things only get worse. We get more Morrows and more Trumps and more policies and politics that encourage violence and discrimination in a country that’s supposed to stand for the opposite.

Don’t just be afraid of the bigoted GOP presidential front runner. Be afraid of the people supporting him, because they’re facilitating a movement that could destroy us.

March 3, 2016
Are You an Atheist Who Plans to Vote for the Eventual Republican Nominee? I Want to Hear From You
Next Post

March 3, 2016Christian Post Editors Issue Unprecedented Non-Endorsement of Donald Trump
Browse Our Archives
What Are Your Thoughts?leave a comment