Religion and mental illness often appear to act as each other’s accelerants.

Without religion, would evangelical Christian Andrea Yates have murdered her children, carrying out what Abraham was merely prepared to do on God’s say-so? Would fellow Jesus follower Jorge Beltrao Negromonte, who wanted to “deliver people to God” by killing them, have slaughtered his victims? And in the latest case: sans the plentiful examples of her head-severing religious brethren, would Moscow Muslim Gulchekhra Bobokulova have beheaded a baby in her care?

I can’t say with certainty, but I sure wouldn’t bet against it. 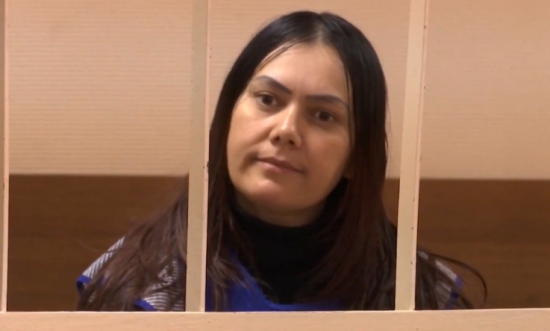 A woman suspected of beheading a child in her care before brandishing the severed head outside a Moscow metro station said on Wednesday Allah had ordered her to commit the crime. Police on Monday wrestled to the ground Gulchekhra Bobokulova, a 38-year-old divorced mother of three from the Muslim-majority ex-Soviet state of Uzbekistan, after she wandered around a Moscow street holding the infant’s severed head in the air and shouting Islamist slogans.

Eyewitnesses said at the time they believed she was carrying out a terrorist act, but since her detention, Russian investigators have raised the possibility she might be suffering from mental illness. Investigators said she had been working as a nanny for a Moscow family and that she had murdered and beheaded one of the children in her care before setting fire to the family flat and fleeing. …

[Seated] in the metal cage reserved for defendants in Russian courts, Bobokulova waved and said: “I am Allah’s messenger. Hello everyone.“

The authorities intend to keep her locked up for the next two months while the state prepares its case. Bobokulova is to undergo psychiatric testing.

March 3, 2016
The Phoenix (AZ) City Council Will Now Allow Only Christian Chaplains to Give Invocation Prayers
Next Post

March 3, 2016 Atheist NFL Star Arian Foster Released by the Houston Texans
Browse Our Archives
What Are Your Thoughts?leave a comment