Algebra is Still Important and Andrew Hacker is Still Wrong

A few years ago, Andrew Hacker, a professor of political science and mathematics at Queens College, made a case in the New York Times for why teaching algebra in high school was almost entirely pointless. 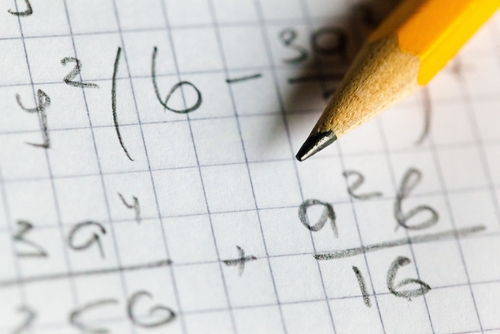 A typical American school day finds some six million high school students and two million college freshmen struggling with algebra. In both high school and college, all too many students are expected to fail. Why do we subject American students to this ordeal? I’ve found myself moving toward the strong view that we shouldn’t.

The toll mathematics takes begins early. To our nation’s shame, one in four ninth graders fail to finish high school. In South Carolina, 34 percent fell away in 2008-9, according to national data released last year; for Nevada, it was 45 percent. Most of the educators I’ve talked with cite algebra as the major academic reason.

Algebra is an onerous stumbling block for all kinds of students: disadvantaged and affluent, black and white. In New Mexico, 43 percent of white students fell below “proficient,” along with 39 percent in Tennessee. Even well-endowed schools have otherwise talented students who are impeded by algebra, to say nothing of calculus and trigonometry.

Yes, young people should learn to read and write and do long division, whether they want to or not. But there is no reason to force them to grasp vectorial angles and discontinuous functions. Think of math as a huge boulder we make everyone pull, without assessing what all this pain achieves. So why require it, without alternatives or exceptions? Thus far I haven’t found a compelling answer.

His argument could be boiled down to this: A lot of people suck at algebra and we hold them back because of it, but most students will never need to know the finer points of it to do their jobs later in life. So why put such a big emphasis on the subject?

My response was the same one I used to give my Geometry students when they asked why we learn proofs:

You will probably never need to prove that two triangles are congruent to each other, but this unit isn’t really about that. What we’re doing is proving something that you only intuitively think is true. You’re using a logical, step-by-step approach, justifying every single argument you make. Furthermore, you’re only allowed to use a basic set of rules to justify your thinking. Can you explain your answers to me in a way that is easy to understand and impossible to refute?

Algebra isn’t about specific calculations. It’s about being able to take a set of rules and apply them in different situations.

This idea that Hacker was espousing, that we shouldn’t teach kids things that might be difficult and that they won’t directly use in life, could be used to justify getting rid of damn near every high school class. But we could also respond in the same way.

Should we eliminate English because the books we read are challenging, or is it more about how we analyze them and what we take from them?

Should we eliminate History because we’ll never need to recall old battles, or is it more about the patterns and trends that emerge?

Should we eliminate Chemistry because we’ll never need to recite the Periodic Table, or is it about the way elements react with each other?

Should we eliminate Physical Education because you have no intention of ever doing a push-up, or is it about how to be healthy and active?

It’s hard to convey all that to students (and many teachers), and most of them will never pick up on this reasoning when they’re in school. But that doesn’t mean we should skip out on these subjects.

Here’s an example of the problem: Hacker said he thought all students should be able to do things like “long division” and that they should know basic arithmetic skills. But the students who don’t do well in algebra usually struggle precisely because they don’t know basic arithmetic. Algebra isn’t a completely different branch of mathematics — it’s in large part an extension of what you learned in grade school. It solidifies everything you learned in your earlier math classes and uses that information to tackle more complicated problems.

Bear with me for a second: There’s a reason March Madness is so much fun to watch if you’re a basketball fan. It’s the culmination of everything you practiced in the regular season. You find out if everything you practiced for months can finally come together when it counts. You might be a great team, but until you’re challenged during the Final Four, no one really notices your biggest flaws and whether you have what it takes to overcome them. Could we eliminate the NCAA tournament? We could, but we’d never really know how good these teams are, no matter what their regular season record was.

That’s what Algebra is: It pulls together all that math you learned for years, tests whether you really understand it, and allows you to discover relationships between numbers that you couldn’t have known existed until that time.

As Evelyn Lamb at Scientific American put it at the time, “Math education needs to improve, but if illiteracy were on the rise, I don’t think we’d be talking about eliminating reading from the curriculum.”

I could also give you the stock math teacher responses: Every career uses some form of math. You’ll need to know some basic algebra when you’re buying a house or creating a budget. Even if you don’t think you’ll need math later in life, you never know when you might change careers. You get the idea. To paraphrase an idea I’ve heard before, it would be great to teach kids only the math they’ll need later in life. But they don’t know what their future holds. It’s just smarter to give them a variety of tools that they can use no matter what.

Hacker also said in his piece that requiring all students to take some form of statistics would be more worthwhile. He’s not wrong about that, though I don’t think that should be done at the expense of other core math subjects. (Not to mention that you really can’t do basic probability and statistics without an understanding of basic algebra.)

One of the big changes happening in the world of education right now is that educators are trying to emphasize process and critical thinking over rote skills and mindless calculations — and working to ensure that standardized tests value the former over the latter. To put it another way, the solution isn’t avoiding the subject. It’s teaching it better. And teachers know that.

So why am I rehashing all of this now?

Because Hacker recently wrote another New York Times piece expanding on his anti-Algebra sentiments to promote his new book The Math Myth.

Calculus and higher math have a place, of course, but it’s not in most people’s everyday lives. What citizens do need is to be comfortable reading graphs and charts and adept at calculating simple figures in their heads. Ours has become a quantitative century, and we must master its language. Decimals and ratios are now as crucial as nouns and verbs.

The assumption that all this math will make us more numerically adept is flawed. Deborah Hughes-Hallett, a mathematician at the University of Arizona, found that “advanced training in mathematics does not necessarily ensure high levels of quantitative literacy.” Perhaps this is because in the real world, we constantly settle for estimates, whereas mathematics — see the SAT — demands that you get the answer precisely right.

Indeed, it often turns out that all those X’s and Y’s can inhibit becoming deft with everyday digits.

I don’t know how you master the language of math when algebra and basic calculus are ignored. The reason students sometimes struggle with algebra is because they never mastered “everyday digits.” Even estimation becomes difficult at that point.

But perhaps the best rebuttal to Hacker’s piece comes from Keith Devlin, NPR’s “Math Guy” who’s written several books about the subject. Devlin looked at Hacker’s new book and found a lot of problems with it. After listing several straw men arguments made in the book, he writes:

Hacker’s problem is he is unable to see through the surface gloss of a problem and recognize that in many cases it is just asking the student if she or he has a very basic grasp of number, quantity, and relationships. Yet these are precisely the kinds of abilities he argues elsewhere in the book are crucial in today’s world. He is, I suspect, a victim of the very kind of math teaching he rightly decries — one that concentrates on learning rules and mastering formal manipulations, with little attention to understanding.

From that historical perspective, it is absolutely clear that learning algebra can help us master such reasoning. It helps by providing an opportunity to carry out that kind of reasoning free of the complexities a problem generally brings with it when it arises in a real world context.

The tragedy of The Math Myth is that Hacker is actually arguing for exactly the kind of life-relevant mathematics education that I and many of my colleagues have been arguing for all our careers… Unfortunately, and I suspect because Hacker himself did not have the benefit of a good math education, his understanding of mathematics is so far off base, he does not recognize that the examples he holds up as illustrations of bad education only seem so to him, because he misunderstands them.

The real myth in The Math Myth is the portrayal of mathematics that forms the basis of his analysis. It’s the same myth you see propagated in Facebook posts from frustrated parents about Common Core math homework their children bring home from school.

As someone who’s spent a lot of time criticizing those frustrated parents, the script is always the same: They don’t understand the reasoning behind the math, so they’re quick to dismiss the methods entirely. And their children are the ones who ultimately suffer.

Math isn’t supposed to be easy. But it is logical. And the students who understand the rules tend to do pretty damn well. Algebra teaches you those rules and how to manipulate them to your advantage. I know a lot of students struggle with it, and I definitely know not everyone can teach it well. But just because you probably won’t solve certain kinds of algebraic problems later in life, it’s not reason enough to ditch the subject for a dumbed-down version of math that a robot could do.