An ad by the Church of Scientology has been banned by the Advertising Standards Authority (a UK regulatory agency) because it contained unsubstantiated information.

Which, let’s face it, applies to all of Scientology. But this time, the Church said it helped people by “giving aid to 24 million in times of need,” a number Church officials haven’t been able to back up. 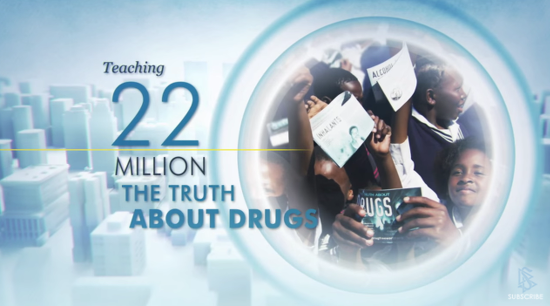 The ASA banned the ad because the Church couldn’t verify where it was getting the 24 million number from:

The church said that the 24 million figure was based on the total number of individuals helped by volunteer ministers between 1998, when records started being kept, and 2014.

It added that the priority at a disaster site was to provide direct aid, in forms such as medical assistance, rescuing victims and providing food, water and shelter. However, when the ASA asked for evidence of the aid given at various disaster sites it was only “anecdotal”.

“It was also unclear whether the church had included the total number of people in a community in cases where general community work had been carried out and, if that was the case, we had concerns about whether that was an accurate method of calculating the number of people given aid,” said the ASA. “Furthermore, we had concerns that there appeared to be no checks in place to ensure that individuals who were given aid were not counted more than once towards the overall figure.”

The ASA banned the ad because it had not been provided with suitable evidence to back up the claim of helping 24 million people.

So why is this ad banned but other religious ads (with unsubstantiated information) allowed? Simply put, this one has numbers. And numbers can be verified or rejected. Instead of doing what most churches do by focusing on beliefs and feelings, the Scientologists tried quantifying their work… and it didn’t hold up under scrutiny.

March 2, 2016
To Counter Christians, Satanists Will Hand Out Literature at a Seattle Transit Station Next Week
Next Post