Here’s How a Catholic Teacher Earned His Students’ Trust Before Taking Advantage of Them March 2, 2016 Hemant Mehta

While the focus of the film Spotlight was on the Catholic Church sex abuse scandal in Boston, it’s easy to forget that the actual team of reporters wrote about much more than the story that’s the basis of the film.

One of the pieces they worked on was about Rev. James Talbot, a priest (and teacher and soccer coach) who taught at Boston College High School. 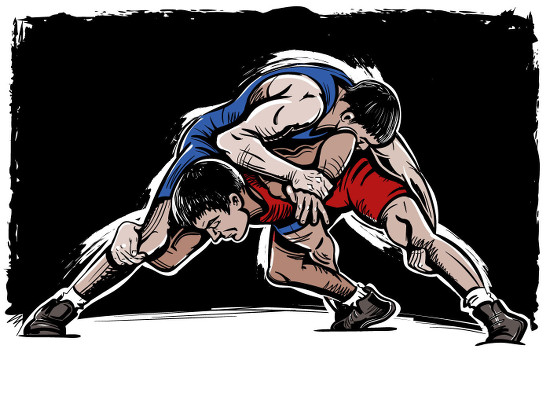 The publication of Talbot’s name yesterday brought more alleged victims forward, including one man who told the Globe he dropped out of BC High and had serious problems for years after Talbot molested him in the mid-1970s. The man asked that details of his plight be withheld.

Two additional alleged victims have been interviewed by the Globe. All seven said they were molested by Talbot during the eight years he was at BC High, from 1972 to 1980. An eighth former student settled a claim against BC High and Talbot within the past two years.

Danny Murphy is a writer from Florida and he attended BC High at the same time that Talbot was working there. In a disturbing piece written last November, but perhaps relevant again given the media attention being paid to Spotlight, he writes about his own interactions with Talbot on the school’s soccer team, where they wrestled to prepare for competition:

Wrestling mats were laid out on the floor and we all paired off, four players on one side and four on the other. You would fight one guy for a minute or two, switch spots and fight the next guy. Sometimes Mad Dog [Talbot] was right in there with us. Sooner or later, everybody ended up fighting him too.

I’m 5’6″ and Mad Dog was a bit shorter. However, he was quite strong, and he knew how to wrestle. When I got paired up with him, he took it easy on me at first. When I saw an opening, I wound up and smacked him on the cheek, which was allowed by his rules. The locker room got quiet. After a moment of silence, Mad Dog said, “It’s not nice to hit a priest.” Then he pretty much wrapped me up like a pretzel.

I once had a conversation with a tough kid who had been down to the locker room for a private session with Mad Dog. When I asked him how it had gone, he quietly said, “He screwed me.” At the time I assumed he meant that Mad Dog had kicked his butt. I didn’t ask for details or clarification. It was spooky though — a haunting conversation from decades ago that I never have forgotten.

Maybe the saddest part of that story is how much the students liked and admired Talbot as a coach. He gave them plenty of reason to trust him. And as soon as he had it, he took advantage of it. Just as the priests did in their churches.

March 2, 2016
How the Non-Religious Deal with Death
Next Post

March 2, 2016 Please Support the Work I Do Through This Site
Browse Our Archives
What Are Your Thoughts?leave a comment