This Amazon Review of the Book of Mormon is the Best Thing You’ll Read All Day March 1, 2016 Hemant Mehta

I had no idea the Book of Mormon was an RPG, but this user’s experience makes me never want to play it at all. 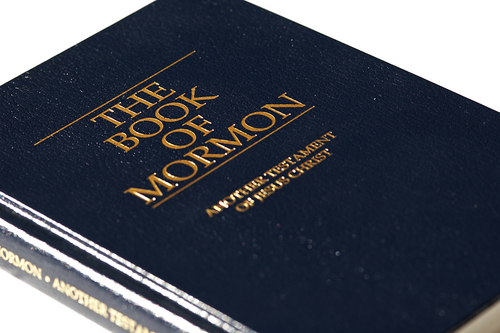 This second quest is the longest quest of the game, and the goal is to expand the size of your clan as much as possible before reaching level 50. I won’t tell you how to add new clan members because it’s a spoiler, but keep in mind that having a clan constantly drains both your gold and health. The larger your clan becomes, the higher the drain and the more side quests you’ll need to do in order to obtain gold. As mentioned before, stamina potions are not allowed so you can only recover stamina through sleep. Sleep duration and effectiveness decreases with clan size. At some point during this quest you will likely be able to upgrade your male character to an Archmage.

Lastly, although it’s free to play, you have to pay to win; I played every day for 28 years and had to spend about 10% of all my gold on in-game purchases just to get anywhere. You can’t access the covered shrines or complete most of the quests without these regular purchases. It’s just insane.

I’ve met other players who have quit. Some of them have gone on to play a different game, but I find that many like myself are so disillusioned with this game that we’ve given up games entirely. It’s been difficult, but I am much happier now.

I’d consider buying the game but I hear the updates are infrequent and full of glitches.