It’s no secret that Answers in Genesis’ Ken Ham has issues with reality. His decades-long war on it is proof enough of that. But in a Facebook post yesterday, he took that animosity to new depths, describing reality-based science lessons as a form of child abuse. 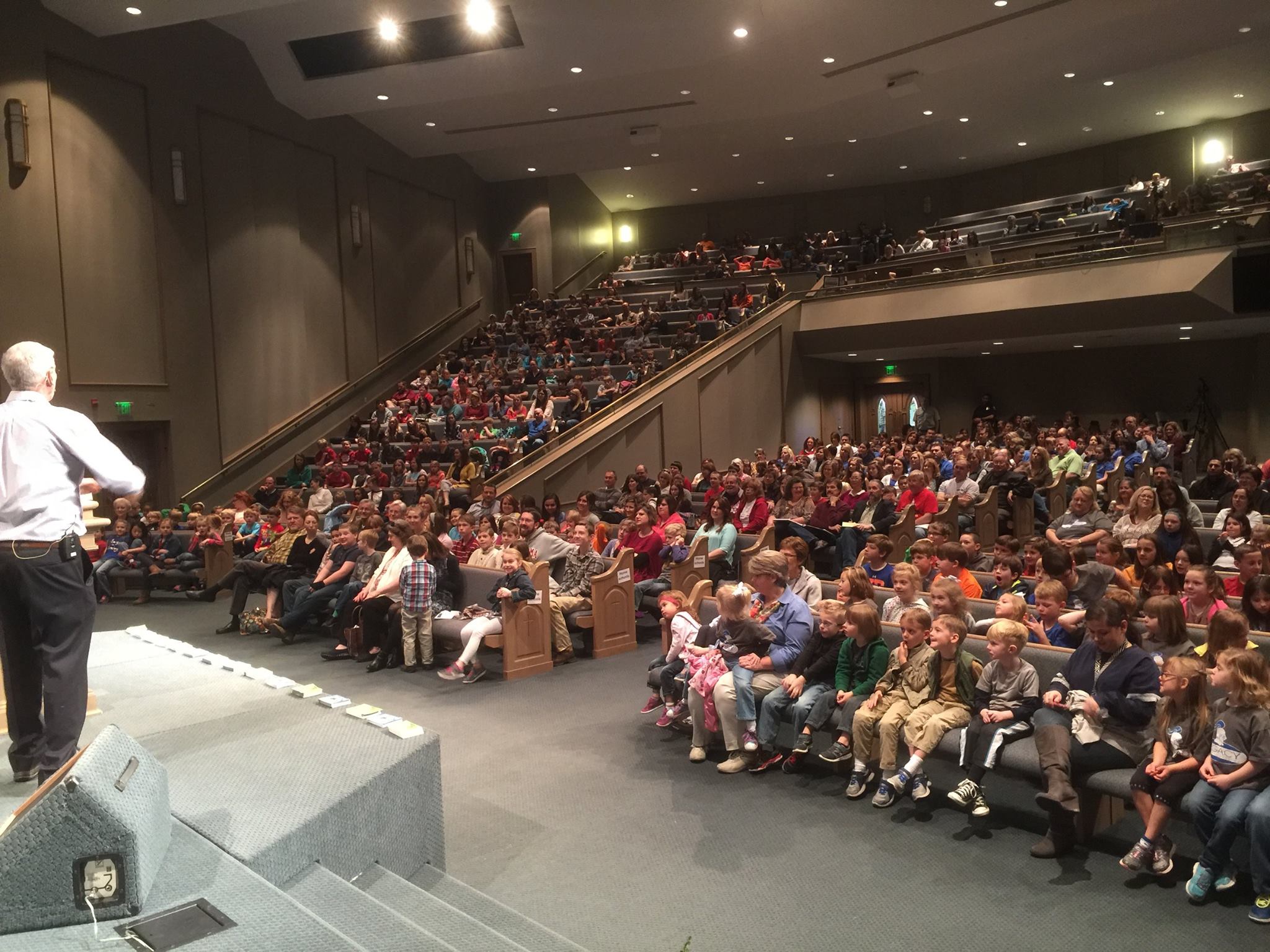 Intellectual child abuse: when kids are taught they’re just animals in an evolutionary process. This morning I taught kids the creation/gospel message!

The post accompanied an image of Ham speaking to “1,000 kids grades K-6” about Creationism. The irony, of course, is that Ham thinks it’s abusive to reference the facts of humanity’s evolutionary history because he claims we’re not “just animals”… but teaching children that they’re inherently flawed and deserving of ever-lasting torture is totally fine with him.

In his mind, it’s okay to teach kids that the only escape from burning in hellfire for all of eternity is to accept a set of rules and ideas without question, and that this escape is a manifestation of the most perfect love mankind can aspire to.

But real science?! We can’t let that happen now, can we?

March 1, 2016
The Archbishop Never Should Have Gone After the Girl Scouts
Next Post

March 1, 2016 This Amazon Review of the Book of Mormon is the Best Thing You'll Read All Day
Browse Our Archives
What Are Your Thoughts?leave a comment