Atheists and Agnostics Are the Only “Faith” Segment to Prefer Bernie Sanders Over Hillary Clinton March 1, 2016 Hemant Mehta

The Barna Group, a polling group focusing on religion in the U.S., recently released a survey on faith’s role in the 2016 elections.

One of the charts in particular stands out because it involves “Skeptics” — defined by Barna as “individuals who describe themselves as atheist or agnostic.”

When it comes to voters who prefer Democrats, of the ten different “faith” groups listed in the survey, Skeptics were the only group to prefer Bernie Sanders over Hillary Clinton. 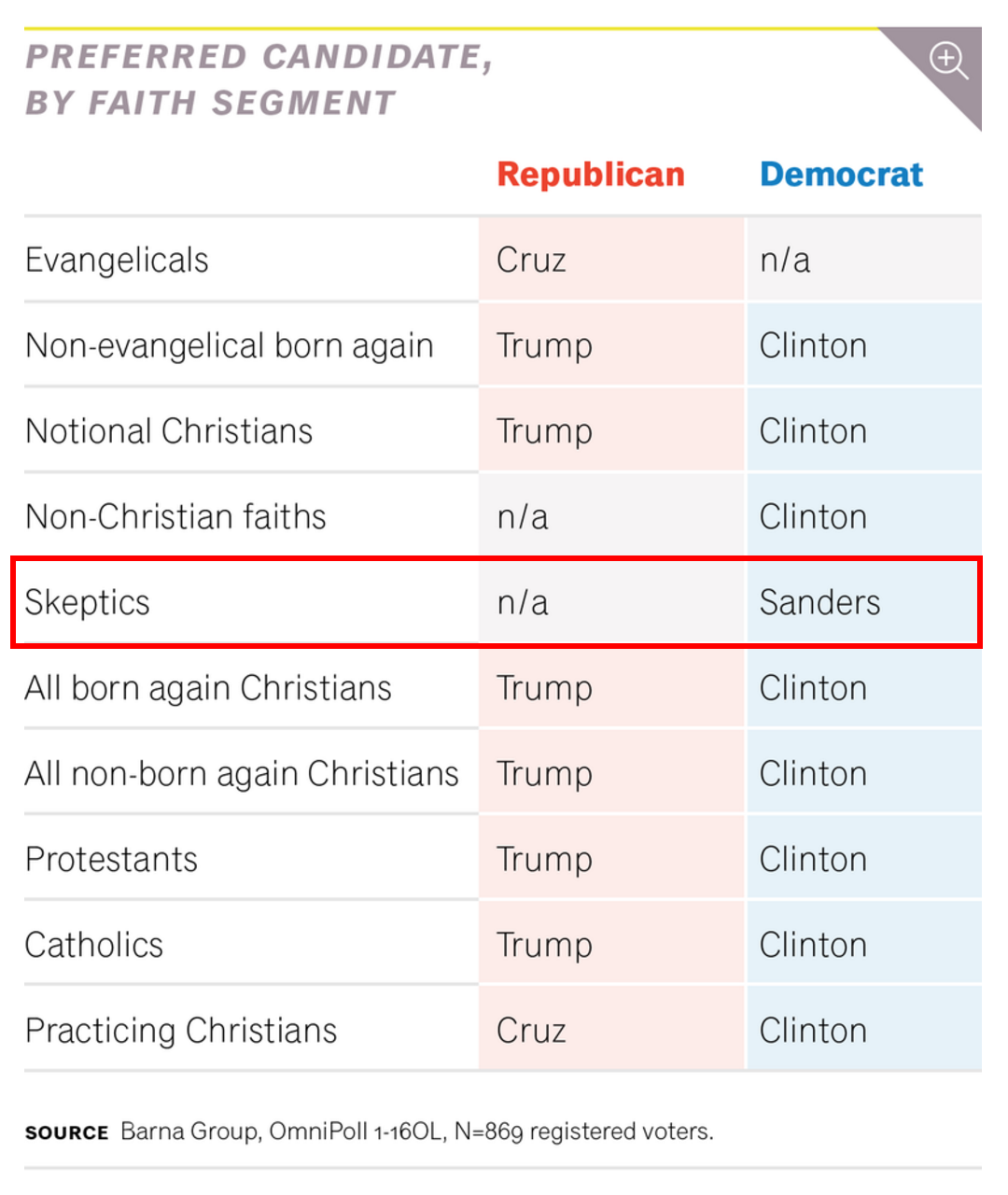 It should be noted that Sanders only had 51% support from that group and the margin of error is ±3.9%… details, details.

It’s all the more reason for Sanders to remember us as he continues his campaign through Super Tuesday and beyond. We’re not asking him (or anyone) to come out as an atheist. We’re asking him to stand firm on church/state separation and remember that “religious liberty” tends to be code for privileging faith groups and their beliefs over our country’s shared secular values. We want him to make clear that the next President, whoever it is, must maintain that wall. (It’s the only wall in this election that needs to be tall and impenetrable.)

You can see the full survey here.

(via Christianity Today, a publication that believes committed gay and lesbian couples are “destructive to society“)

March 1, 2016
This Amazon Review of the Book of Mormon is the Best Thing You'll Read All Day
Next Post

March 1, 2016 Louisiana Judge Rules That Priests Don't Have to Report Abuse if They Hear It During Confession
Browse Our Archives
What Are Your Thoughts?leave a comment