Last November, Robert Lewis Dear walked into a Colorado Springs Planned Parenthood with an “assault-style rifle” before killing three people and wounding nine. It wasn’t long before Ted Cruz attributed the attack to Dear being a “transgendered leftist activist.” A Colorado legislator said the shootings were the fault of… Planned Parenthood.

But it wasn’t long before we learned the real motive.

One of his ex-wives attributed the attack to his interpretation of Christianity, saying that “as long as he believes he will be saved, he [thinks he] can do whatever he pleases.”

We now have even more confirmation that he was motivated by divine guidance. 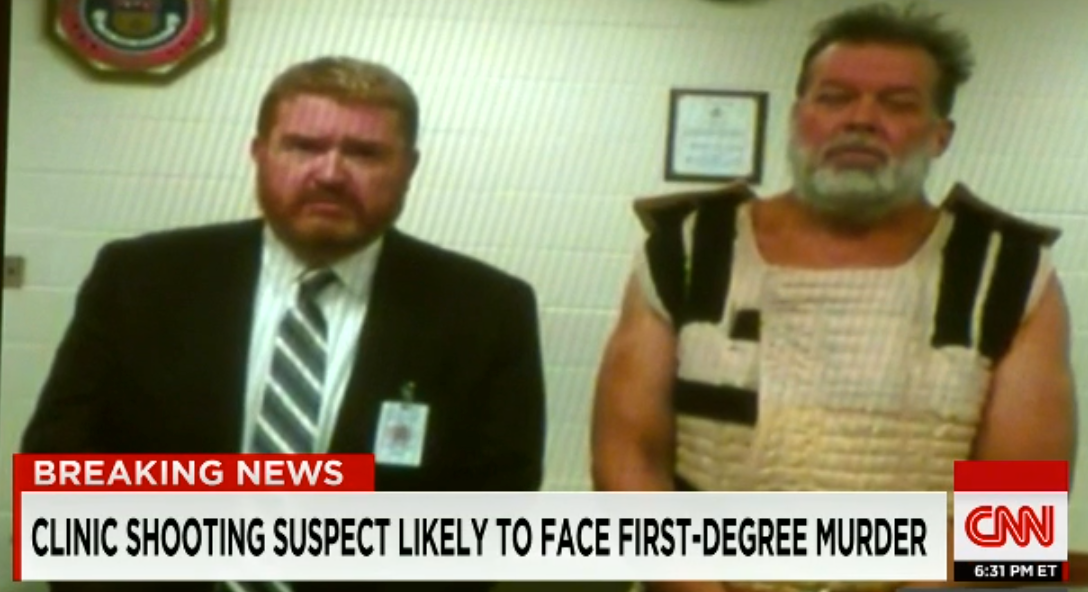 In a phone conversation with KRDO-TV in Colorado Springs, Dear explained how he was taking part in a “righteous crusade”:

Dear said his victims were in “a war zone. They were there where the babies were being killed. You go to a war zone. That’s what happens.

“In a war, there’s gonna be casualties. Are you gonna name the hundred million babies that were killed, that nobody talks about, nobody represents them, they have no voice, but yet our Constitution says we have the right to life, liberty and pursuit of happiness?”

Besides the fact that there’s no equivalence between three adult humans and 3,000 not-even-fetuses-yet, it’s disturbing that Dear thinks being a pro-life activist involves violence.

A mental competency exam will be taken next month.

Meanwhile, the clinic in question has reopened. You can make a donation to them right here.