In India, where superstitions run rampant and accusations of witchcraft can be a deathwish for women like it was Salem in the 1600s, Birubala Rabha is fighting to protect them. 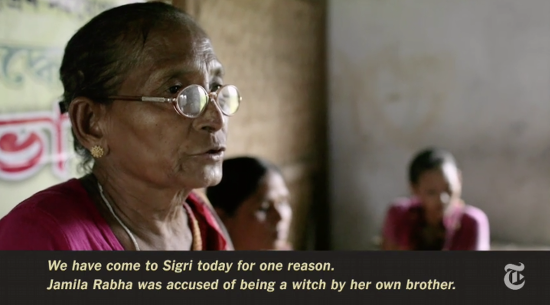 Rabha has been successful in getting Assam State legislators to pass a law criminalizing accusations of witchcraft (the penalty could be life imprisonment if the victim commits suicide as a result). But that doesn’t mean the belief is gone.

Superstitions and bad ideas don’t disappear just because there’s a law against them. If anything, people who think sorcery is real may just think they’re being persecuted.

Still, the video offers a fascinating glimpse at how one person is trying to overcome irrationality.

February 29, 2016
What a Mormon Leader Really Meant When He Said "There Are No Homosexual Members of the Church"
Next Post