While everyone else was watching the Academy Awards last night, John Oliver made a fair point about Donald Trump: If his last name wasn’t associated with success in the minds of so many people, would he really be as popular as he currently is?

And that’s why he should go back to his family’s ancestral name: Drumpf! 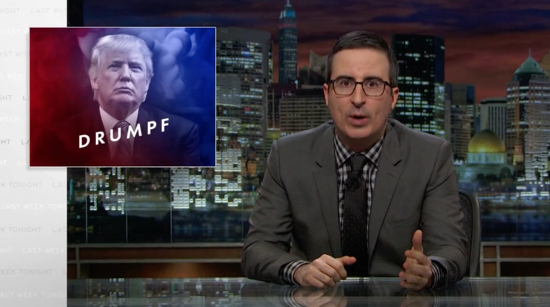 Perhaps the scariest part about Drumpf’s campaign is that it exposes just how many Americans can be hoodwinked by shiny objects and unearned confidence.

But that’s the Republican Party for you. They don’t have good ideas to propel them, so they have to run on a foundation of bullshit.

February 29, 2016
Why Do We Have Leap Years? Let Neil deGrasse Tyson Explain
Next Post