A Florida law designed to protect women from the pernicious idea that they’re adults capable of making their own medical choices without government imposed time-outs has just been green-lit by an appeals court.

The law had been passed last year, requiring a 24-hour waiting period before an abortion. These laws are one of many tactics in the anti-abortion playbook — a set of rules targeting (and unique to) women’s healthcare. Such laws present women with added burdens and increased costs — as they mean a woman has to make multiple appointments, which requires additional travel to and from the clinic, multiple potential absences from work, etc. 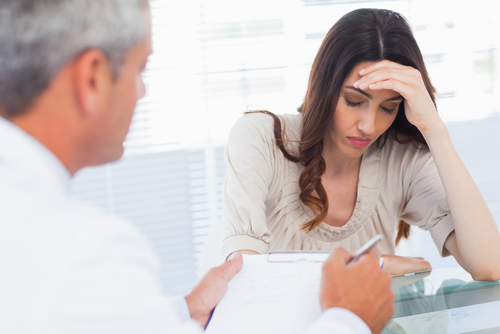 A previous court order had blocked enforcement of the restriction:

Judge Charles Francis had blocked the law one day before the waiting period was scheduled to take effect. Francis is chief judge for the north Florida circuit that includes the state capital.

On Friday, however, that order was rescinded by an appeals court:

The 1st District Court of Appeal lifted an injunction that blocked the waiting period from taking effect. In its decision, the three-judge panel contended that a circuit judge did not have enough facts or evidence to support blocking the law.

Which is great news, I guess. After all, as Republicans argued in support of the bill,

… women should have to wait before making such a major decision.

As if women choosing to have an abortion didn’t think it through already. As if government officials know better than they do about what should happen with their bodies.

Meanwhile, there is no such restriction in Florida for men who want vasectomies or Viagra.

(Image via Shutterstock. Thanks to Divy for the link)

February 29, 2016
All the Pathetic Ways Donald Trump Has Pandered to His Christian Base
Next Post

February 29, 2016 Planned Parenthood Shooter Says He Was Taking Part in a "Righteous Crusade"
Browse Our Archives
What Are Your Thoughts?leave a comment