If you visit Bladensburg, Maryland, you’ll see a 40-foot-tall World War I memorial called “Peace Cross.” Not only is it clearly a Christian symbol, it’s on public property, maintained by the Maryland National Capital Park and Planning Commission:

In 2012, the American Humanist Association asked the Commission to take down the monument. It was perfectly fine to honor veterans, they said, but not with a symbol that elevates one religion over all others and implies that only Christian soldiers fought in the war.

That complaint led nowhere. So the AHA’s Appignani Humanist Legal Center filed a lawsuit in 2014 on behalf of three plaintiffs:

“To any passerby, a huge cross such as this can only be understood as endorsing Christianity,” said Appignani Humanist Legal Center Legal Director David Niose. “On public property, that violates the Establishment Clause. We can all support memorials to those who have fought for our country, but they cannot take the form of a massive religious symbol on government property.”

It’s not just about the presence of the cross. The taxpayer-funded Commission pays for electricity to keep the cross lit up every night. And even when three other war memorials were installed in the vicinity of the Peace Cross, they were not nearly as large or easily seen.

Unfortunately, a District Judge felt the Cross wasn’t an endorsement of religion, ruling against the AHA:

… The Monument’s secular commemorative purpose is reinforced by the plaque, the American Legion’s seal, and the words “valor,” “endurance,” “courage,” and “devotion” written on it. None of these features contains any religious reference. In short, the record amply demonstrates that the construction and maintenance of the Monument “was not an attempt to set the imprimatur of the state on a particular creed. Rather, those who erected the cross intended simply to honor our Nation’s fallen soldiers.

So a judge said a giant cross was somehow religiously neutral. It made no sense when the ruling came out and it makes no sense now. If a cross isn’t Christian, than what is? Just because you put secular words around it doesn’t change the overall message.

Hell, the image below says the words “Book,” “Peace,” “Love,” and “Life.” But does anyone seriously doubt it’s promoting Christianity? 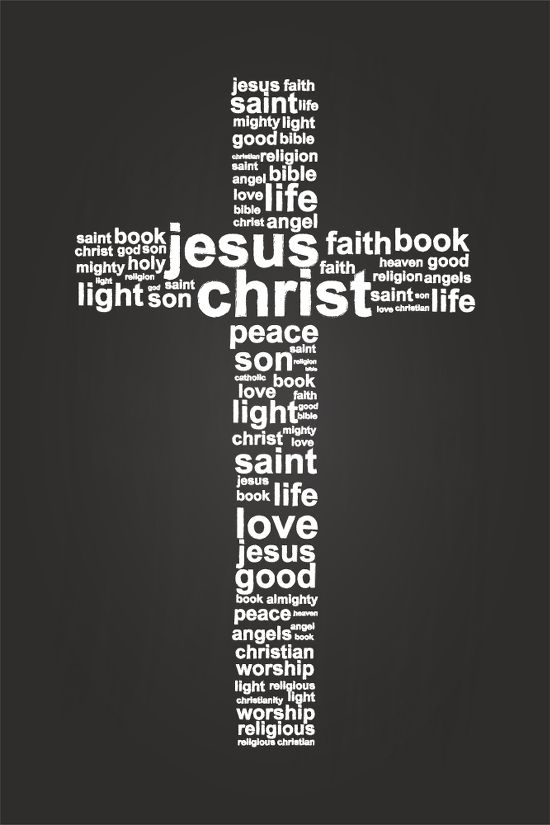 For these reasons, the AHA has just filed an appeal in the case:

“This imposing Christian cross unfairly endorses Christianity while ignoring the sacrifices and dedication of our non-Christian veterans,” said Roy Speckhardt, executive director of the American Humanist Association. “Government war memorials should honor the service of all veterans, regardless of religion.”

“Every other court decision involving a cross war memorial has found the memorial unconstitutional,” said Monica Miller, senior counsel for the Appignani Humanist Legal Center. “By displaying and maintaining this enormous symbol of Christianity as a monument for veterans, the government is sending a strong message of endorsement and exclusion.”

The appeal itself makes several arguments in the AHA’s favor. In short:

Any one of these items would make a strong case for why this memorial is promoting Christianity. All together, they leave very little doubt. Now it’s up to the Fourth Circuit Court of Appeals to issue a sensible ruling.

(Bottom image via Shutterstock. Large portions of this article were published earlier)