Tonight’s winners at the 88th annual Academy Awards included a couple of films that exposed the worst practices within certain religious communities. 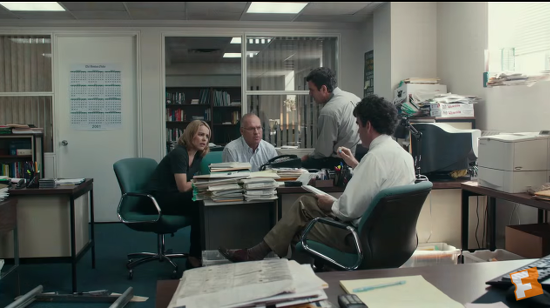 The film is remarkable, not just for its realistic look at a newsroom, but for taking the subject matter so seriously. You can’t watch that movie without feeling anger and shock at just how widespread the Catholic cover-up was.

But perhaps the most understated win came in the category of Best Documentary Short. It went to Sharmeen Obaid-Chinoy for her film A Girl in the River: The Price of Forgiveness — a movie about faith-based honor killings.

As the New York Times describes it, the film is:

… an enlightening exploration of the Pakistani culture that allows and even encourages honor killing. In this account of an 18-year-old woman who disobeys her family by eloping with a man from a lower class without permission, she is shot in the face by her father and uncle, thrown into a river and left to drown. Miraculously she survives. All the principals are interviewed.

The director herself said of the movie:

… Honor killings affect hundreds of women in Pakistan every year and I hope that the film and its message will catalyze awareness and action around this crisis, igniting change for women and help put an end to this tragic abuse of human rights. This is an opportunity for Pakistan to acknowledge that it has a problem and to address it with urgency because there is no honor in an honor killing. We will send out a strong message that this heinous crime is not a part of our culture or religion, and by passing this legislation we will stand up for those victims who are no longer with us today…

Obaid-Chinoy won an Oscar in 2012 for her film Saving Face, which looked at acid attacks in Pakistan, a form of retaliation against women.

While there were a lot of important themes to be discussed tonight, obviously including race, let’s hope the religious angle doesn’t get lost in the discussion. There are so many stories that show what happens when critical thinking goes out the window and religious dogma overrides common sense. I’m grateful that there are artists, actors, and reporters who can bring those stories to light.