Oklahoma State Rep. Travis Dunlap recently received an email from a constituent who urged him to vote against a bill that would allow taxpayer money to fund religious schools.

Dunlap’s response was to remind the woman that some Christians have a problem with taxpayer money supporting public schools which, he bizarrely added, were “atheist-based.” 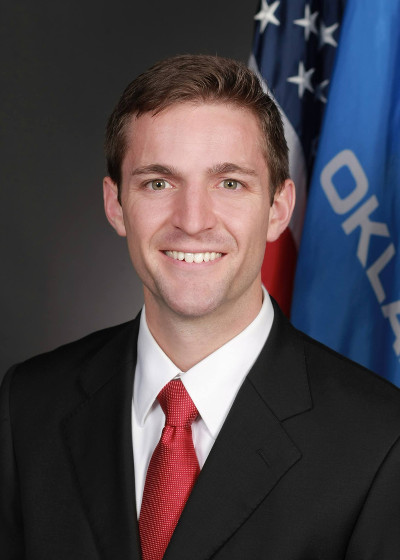 Wednesday, during an email exchange between Dunlap and the resident, who has children in the Bartlesville Public Schools, the resident wrote that even as a Christian woman, she does not want her tax dollars to go to a religious private school. Dunlap wrote in response to her email, “I only want to point out that I hear many parents who choose alternative education express the same frustration when they see what their tax dollars support at public school (which are atheist-based).“

This is news to me. I had no idea public schools in Oklahoma were teaching kids that God doesn’t exist or punishing them for praying.

It’s the sort of thing people say only when they have a warped mindset that believes anything not explicitly promoting Christianity must be anti-Christian. These are the same people who think saying “Happy Holidays” is an affront to their faith.

After many people pointed out his mistake on social media, Dunlap attempted to apologize:

“I, in no way, wanted to insult teachers or people who are in the schools, or comment, really, on anything that the schools were doing,” Dunlap said Thursday. “It was merely an acknowledgement of what our society and culture has decided would be the basis for schools, which a more useful term would have been secular.

“I probably could have communicated it better, and I did not mean to insult, certainly any believer, that is in the school system, working and doing what I believe is a ministry to kids.”

The apology went on for a while. (In case you’re wondering, the word “sorry” never made an appearance.)

But this is Christian privilege at work. Dunlap wants government money to fund schools promoting his faith. He would probably point out that the money could be used for any faith-based school (as if there are several madrassas in the area), but that’s still unconstitutional.

If parents want to send their kids to a faith-based school, they have that right, but they need to pay for it themselves.

Sending kids to a public school is not the atheist version of that.