New legislation in Maryland sponsored by Delegate Ric Metzgar would force students to listen to Christian prayers at school-sponsored events.

HB0955 and SB0267 would both “allow nonsectarian student-initiated voluntary prayer during mandatory and voluntary school-sponsored student events” — which sounds fine since it’s “voluntary” and “student-initiated” — but it really amounts to the Christian majority forcing everyone else to listen to their prayers at graduation, a pep assembly, and every other gathering. 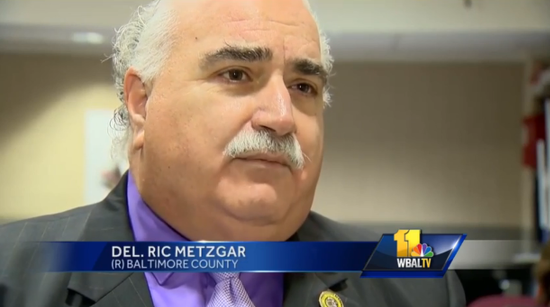 Metzgar, R-Baltimore County, the bill’s sponsor, puts it this way: We’ve tried everything else at our public schools, why not God?

Because it’s illegal to force-feed God in public schools and because it wouldn’t make a damn bit of difference. The law already allows Christians to pray privately all they want. Students can already gather before or after school for Bible studies. Students can even pray during school provided they’re not interrupting lessons.

The only thing this legislation would do is push Jesus down the throats of all the Jewish, Muslim, atheist, and other non-Christian kids at school.

“The court is very clear that even though you say it’s voluntary, when it becomes a school-sponsored event, you are compelling students to listen to a religious message,” said Sara Love, with the American Civil Liberties Union.

If it passes, let’s hope there are some brave young Satanists willing to lead prayers at a large assembly. That ought to make the administrators squirm.

(Screenshot via WBAL-TV. Thanks to Brian for the link)