In a stark reminder that Germany is one of the western nations with blasphemy laws on the books, a retired teacher was fined for the anti-Christian bumper stickers on his car. 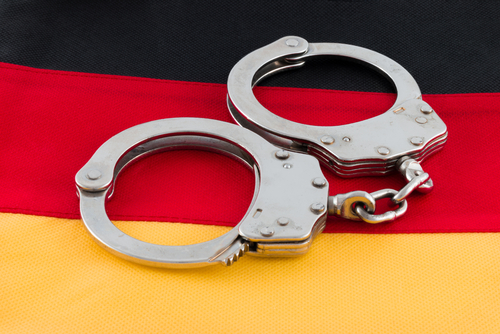 Albert Voss, a former physics teacher and avowed atheist, was convicted of blasphemy after he daubed the rear window of his car with anti-Christian slogans.

The former teacher argued the anti-Christian messages were protected by his right to free expression.

But the court ruled the slogans amounted to defamation of religion and had broken Germany’s blasphemy laws.

Germany’s law punishes blasphemy only if it’s “capable of disturbing the peace,” but that’s clearly in the eyes of the beholder. There’s no proof that Voss’ stickers caused some sort of riot. And even if it did, it wouldn’t be his fault. Whatever peace is disturbed is the fault of those reacting, not the people who dare to mock silly religious ideas.

That’s not to say I like the stickers or find them humorous. But that’s irrelevant. It’s the same reason I defend this asshole’s right to hold this sign even though I’m deeply offended by it: 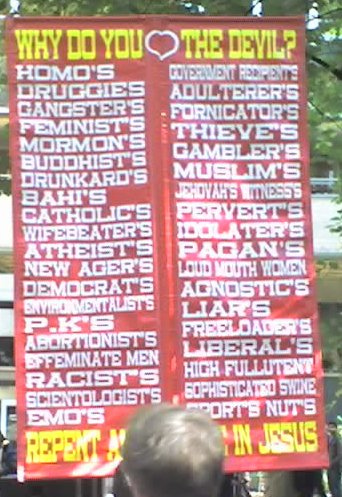 Maybe the biggest problem with Germany’s law is that it’s unclear where the line is. At what point does criticism of the Catholic Church (or any religion) cross the line into blasphemy? If bumper stickers are too much, I’d hate to think what else could lead to a fine.

February 27, 2016
Idaho Legislators Will Revise Bill Allowing Teachers to Refer to the Bible in Science Classes
Next Post