This is the Disturbing Material Ohio Students Were Taught in a Faith-Based Sex-Ed Program February 26, 2016 Lauren Nelson

There is a mountain of evidence showing that abstinence-only sex education does not work. That might be part of the reason President Obama‘s budget recently eliminated funding for such programs. But the problem extends beyond the reality that telling kids not to have sex is like spitting into the wind. And it goes beyond the fact that so many of these programs tell outright lies about safe sex.

Though these are good reasons to eliminate abstinence-only education, there’s another one that rarely gets the attention it deserves: these programs are constructed to shame kids who may experience sexual feelings and often rely on religion to do so. 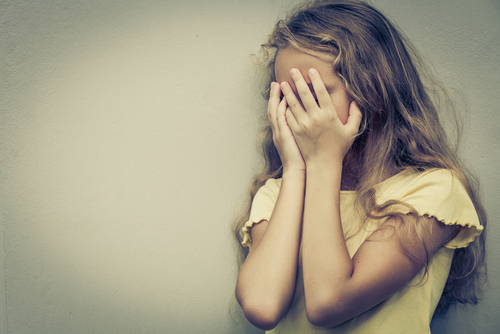 Take, for example, the state of Ohio. As CityBeat reports:

It wasn’t until last year, during her freshman year at Wellesley College, that Corcoran realized how skewed the program she observed had been.

During a recent interview in Cincinnati during winter break from college, Corcoran recalled some of the stories she heard. They were shaming, she says, and based largely on religious principles.

Corcoran remembers an activity involving the instructor putting a Tootsie Roll in his mouth, only to wrap it back up and put it in the bag with the other ones. Students were dared to reach in and pick one out.

“They went around and said, ‘Who would want to put their hand in, because you might pick out the used Tootsie Roll,’” Corcoran says, “a metaphor, obviously, for — if you have sex, you might have sex with someone who’s ‘used.’”

Although Sycamore is a public school, the five-day sex-ed program was taught by a Catholic-based nonprofit called Healthy Visions using a controversial abstinence-only approach that leaves out — at times even disputes — important facts about birth control and safe sex.

“I walked away from that program thinking condoms didn’t protect against STDs, and I wasn’t super convinced they protected against pregnancy,” says Corcoran, now 19. “I understood that was the purpose of them, but I wasn’t sure that was actually effective, and people I talked to said the same thing.”

Hold on, you might be saying. This is, after all, just one account of the curriculum presented. I saw that objection coming from a mile away. If you’d like to take a look at the associated videos yourself, you’re more than welcome to do so. If you’re not a masochist, well, I did it for you.

The Healthy Visions curriculum starts with a gawky young man named Dean introducing the subject matter next to a slide that says, “Let’s Talk About Sex.” On the slide are a man and woman with the man saying, “Giggity,” and the woman saying, “LOL.” If you’re starting to feel gross, just wait.

In the introduction, the man states:

I’m not going to judge anybody and say, “Well if you’ve already had sex then you’re a bad person or you’re a dirty person, or you’re can’t have a good relationship if you’ve ever had sex, or anything like that. None of that stuff. Everybody’s welcome in the class. Now having said that, the final thing I want to cover is my philosophy when it comes to sex. In my opinion, it doesn’t matter if you’re in junior high, high school, college, out of college, whatever. I think the best decision you can make is to wait until you get married to be sexually active.

Cool. So we’re about to be exposed to a line of thinking that has nothing to do with public health and everything to do with historical religious dogma. Fantastic. What could possibly go wrong here? (Answer: A lot.)

That’s right. A hand job is a memory contract.

But don’t worry. Dean tells everyone it doesn’t matter if they’ve engaged in any sexual activities because there are games and activities planned that will give you a whole new perspective on sex. What kind of games? You’ll be sorry you asked.

The game that pops up shows four yellow… creatures, I guess? It asks you, one by one, if you’d feel safe hooking up with them. The first, BB, will give you crabs. The next, CC, who has flies swarming around her head, will give you gonorrhea. HB has herpes. AL has syphilis. That’s right, folks. EVERYONE HAS AN STI AND YOU WILL ABSOLUTELY CATCH ONE IF YOU HAVE SEX. As the game reminds you after each turn, “The only safe choice is to NOT hook up.”

He goes on to talk about the types of STIs out there, which isn’t necessarily a bad thing. But unsurprisingly, he finds a way to screw it up in a super meaningful way. Dean’s discussion of HPV is telling. One in four Americans will contract HPV at some point in their lives. The vast majority of these strains have no impact and will resolve on their own. A good number of them can be prevented through vaccination. So what does our friend do?

He puts it next to HIV with zero caveat.

And then he gets into contraception, where a diaphragm is old school, the patch is a “Band-Aid,” and spermicide — at 80% effectiveness, not far below a condom — is equated with cycle tracking and the pullout method. And sex on your period? “That’s just gross.”

Regardless of whether you agree with the last statement or not, the way he presents efficacy should have you cringing. For example, with condoms, Dean says that they’re effective 85% of the time. His explanation of this, though, is that, “If you were to have sex 100 times, and the guy wore a condom every single time, 85 of those times, you’d be good to go. The other 15? ‘Hey Mom, Hey Dad.’ Maybe you wouldn’t have such good luck.”

The problem with his explanation? If condoms are used properly, they actually work 98% of the time. That lower figure? It’s the result of aggregate data on total condom use. And if he’s not going to talk about how to use a condom… well, is that surprising?

Angry yet? Just wait. According to Dean’s calculations, that higher rate only applies to HIV and AIDs, which is also inaccurate. HPV is a good example of his negligence here. He argues that using condoms makes transmission of HPV a coin flip. Not only does he neglect (again) to mention vaccination; he also ignores the fact that the efficacy is actually around 70%.

But facts are silly distractions, especially when you get to the emotional side of things. See, according to Dean, the most basic reason people have sex is reproduction. I know that’s obviously a possibility, but it’s a small portion of the population who are having sex for the sole purpose of having a baby. We’re not exactly in “preserve the global population” instinct mode these days. I’d wager the majority are not copulating with that aim. He goes on to say it might be love or pressure or pleasure that motivates sex, particularly if you’re younger.

And then he gets into chemical analysis, where he’s in way over his head. The chemicals in question are vasopressin, oxytocin, and dopamine.

Dean argues that the emotional connection during sex is driven by a chemical called vasopressin, which is not entirely untrue. When you have sex, particularly if you are a male, this chemical is released, which establishes a sort of bond. But what dude leaves out is that vasopressin is only a functional element in monogamous relationships, and that studies of the chemical in the human brain have been inconclusive. In fact, the majority of assertions to this end are based on studies done on mole-rats. Similar conclusions are reached on the subject of oxytocin. Though Dean argues it’s a function of long-term bonding, such science has been disproven and cast as a function of partisan politics. And dopamine? As Dean himself says in the video, that’s just short-term.

My, how I love being compared to an inanimate object.

And therein lies the problem with programs like these. In this context, sex is dirty. It’s wrong. It’s only okay if it happens within certain confines. They promise not to shame you for your sexual activity, and then they do. They teach kids that sexual activity is something to feel wrong about instead being of a normal human experience.

I’m not saying that 14-year-olds should go around having sex with everyone they meet. What I’m saying is that casting sex as the end of the world amplifies the psychological components in a way that can lead to myths becoming realities for the kids that engage in it. And when you vilify contraceptives with false information, you make it more likely that kids will get pregnant or contract STIs. And shaming kids for engaging in this activity makes it less likely that they’ll ask the question they really need answers to, which creates a really awful chain reaction.

Kids deserve answers. They deserve the truth. Churches should not be responsible for doling out either in the public school system.

Though I gotta say, as a woman, the most disturbing part came when Dean said, “It’s not rocket science. Penis, vagina, and then basically you know what to do with it.”

That’s just setting up folks for a lifetime of disappointed partners. Talk about cruel.

February 26, 2016
Another Candidate for Arizona State House Comes Out as an Atheist
Next Post