I normally don’t post Change.org petitions on this site because, frankly, I don’t think they accomplish anything. (“In God We Trust” will not be taken off the currency because you clicked a few buttons. Sorry.)

But a petition posted last night by Stephanie Drury is worth talking about.

The focus is Pastor Mark Driscoll and Mars Hill Church — which he founded and lated resigned from in disgrace. The church has since dissolved.

Drury’s question is simple: What did they do with all the money they took in? 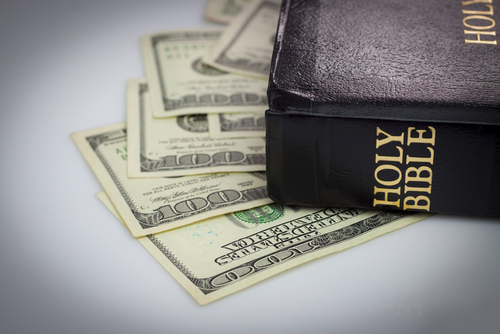 We know some of it was spent turning one of Driscoll’s books into a bestseller and some of it went to increasing the salaries of pastors to astronomical levels. But there was a specific fund earmarked for overseas ministry.

Following a string of revelations about the personal and financial conduct of its leadership, Mars Hill Church has never fully addressed how millions in donated funds were spent since it ceased operations in January 2015.

So people gave money for that outreach… but in 2014, the Mars Hill Global Fund ceased to exist. All the money in that account — millions of dollars — went into the church’s general fund.

And no one, including members of the church, has any idea what church leaders did with that cash. The church was never very transparent about its finances.

Isn’t that something worth investigating? That’s what Drury wants to know:

Because protecting the public from donor fraud is within the jurisdiction of a state attorney general’s office, we request that the Washington State Attorney General open an investigation to learn if millions in donor funds were used as intended by the donors.

That sounds like a very fair question. This isn’t about government intrusion into churches. This is about protecting citizens who may have donated to a potentially fraudulent non-profit. While most non-profits are required to report where their funding goes in exchange for their tax exemption, churches are immune from that rule.

Even if the petition itself doesn’t lead to an investigation, it’s something government officials ought to look into on their own.

February 26, 2016 What Should Atheists Say When Someone Sneezes?
Browse Our Archives
What Are Your Thoughts?leave a comment