Donald Trump and Ted Cruz are Preferred by Racists and Other Bigots, Says Poll

After decades of dog whistles and thinly veiled racist references, open bigotry is having its day in the Republican Party. And which candidates are the primary beneficiaries? Recent data from Public Policy Polling suggests Donald Trump is the most consistent choice, but Ted Cruz is a pretty reliable second, with Marco Rubio popping up every now and again to wrestle away the second spot from him. (This is sounding familiar…) 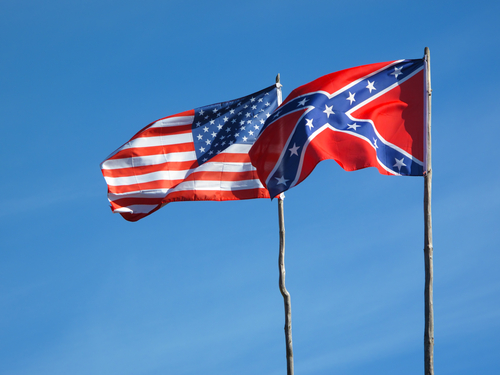 But first, let’s talk about the one statistic that has been bandied about recently — that 20 percent of Trump’s supporters purportedly support slavery. In fact, that seems to have been made up or based on extremely misleading interpretations of the actual polling data. However, the PPP poll as well as exit poll data from South Carolina provides an interesting look at the biases of Republican voters — including those who self-identify as having “very liberal” views.

PPP — which the New York Times notes is a “company aligned with the Democratic Party” — polled South Carolina supporters on a number of questions and found some very interesting breakdowns.

When asked if white people were the superior race (to which 10% of polled voters responded “yes”), 16% of Trump’s voters agreed, and 14% indicated that they weren’t sure. 9% of Rubio’s supporters believe white people are the superior race, along with 7% of Cruz’s backers. The candidates with the fewest white supremacists in their camp are Ben Carson (at 1% in agreement and 99% in disagreement) and Jeb Bush and John Kasich (at 4% agreement). Bush and Rubio both had more supporters than Cruz who just hadn’t decided whether or not they were white supremacists.

Banning Muslims from entering the United States? The largest support can be found with Trump and Cruz supporters — at 80% and 67%, respectively. Their supporters also were the least likely to oppose a ban — at 9% and 18%.

Shutting down mosques? 40% of Trump supporters want to see it happen, along with 32% of Cruz supporters, placing themselves in the top two tiers of bigot voters. (And, again, their supporters were the least likely to oppose such a ban.)

Supporting a ban on gay people entering the United States? 31% of Trump supporters would like to see that ban, and so would 17% of both Cruz and Rubio supporters.

Should Islam be illegal in the United States? A full third of Trump supporters say yes, as do 27% of Cruz supporters (again, capturing the top two spots); they also had the lowest numbers of supporters who thought it should be legal. No doubt, all of them believe themselves to be religious freedom advocates.

Japanese internment camps also made a showing — with 32 and 23 percent of Trump and Cruz supporters, respectively, favoring the policy.

Perhaps the most surprising feature of this poll data was that the percentages of support for discriminatory policy measures were higher from likely Republican primary voters who self-described as holding a “very liberal” ideology rather than a “very conservative” ideology.

Exit poll data from South Carolina shows similar trends. Trump and Cruz were the favorites of those who want immigrants immediately deported and Muslims banned from entering the country. Both candidates also led among white evangelicals (Trump leading Cruz 34% to 26%) and those who believe a candidate sharing your values is of great importance (with Trump at 31% and Cruz 27%).

Now, it’s worth noting that the candidates themselves aren’t causing these beliefs. But the rhetoric they and their supporters are using certainly takes full advantage of it. (We’re already seeing the, um, “benefits” of that.

At the end of the day, though, Trump and Cruz are symptoms. Admittedly, foul ones, but just symptoms of a problem that runs much deeper than one election.

They’re the festering boils of American politics, drawing attention to the ideas of religious and racial supremacy that still attack our national health. One only hopes that sooner, rather than later, we take stock of the problem.

February 26, 2016
Donald Trump: The IRS Is Auditing Me Because I'm a "Strong Christian"
Next Post

February 26, 2016 Christian Blogger: Adult Coloring Books with Mandalas Open the Door to Demons
Browse Our Archives
What Are Your Thoughts?leave a comment