If you’ve ever seen A Charlie Brown Christmas, you know it ends with Linus giving a very sappy, very Bible-based speech about the “true” meaning of the holiday: 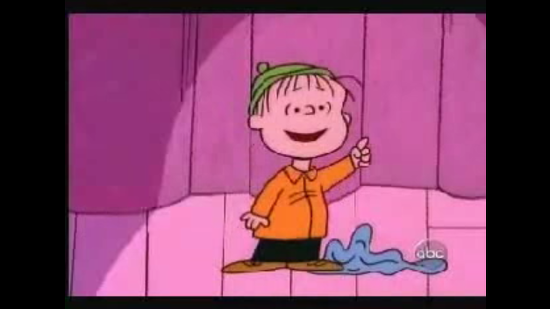 While that might be perfectly fine to watch on television on a cold winter evening, it absolutely doesn’t belong in a public school, where such proselytizing isn’t allowed. (We wouldn’t let a Satanist or Muslim or atheist preach like that, either.)

That’s why, when a Kentucky high school performed this play a couple of months ago, that monologue was cut from the production. It had to be or else the play would have been illegal. But you won’t be surprised to learn that conservatives flipped out, saying it amounted to censorship or some sort of anti-Christian action.

Now, Kentucky state legislators are determined to prevent this from ever happening again.

Which is a fancy way of saying “Schools can perform ‘A Charlie Brown Christmas’ if they want since it’s considered ‘traditional'”… by that logic, though, what’s stopping schools from performing an all-out Nativity play? It would be cultural and traditional and you could even make a case for why it’s artsy.

Just because Christians are in the majority doesn’t mean they should get a free pass to preach their faith in the state’s public schools.

But this is the state that gave us Kim Davis.

Today, the Senate Veterans Committee passed SB 106. So that hurdle is out of the way. There’s still a long way to go before this becomes a law, but stopping it would require a legislator with the courage to stand up against the so-called Charlie Brown bill.

Good luck finding one of those.

(Thanks to @dervilia8 for the link)