Harlem Hate-Pastor Fails to Explain How Starbucks Gets Enough Semen to Put in All the Drinks February 25, 2016 Hemant Mehta

Hate-pastor James David Manning appeared on The Daily Show the other night to talk about his views on homosexuality and the loss of his church.

But the best part was reporter Jessica Williams quizzing him on how, exactly, Starbucks manages to get enough semen to put in all the coffee. 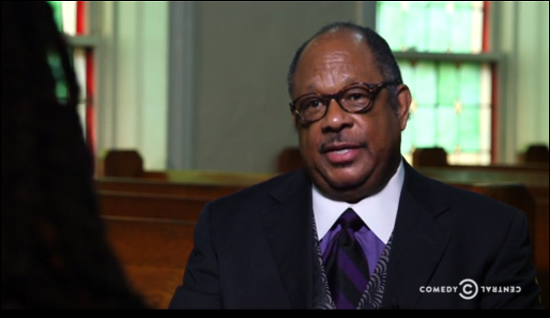 Somehow, Manning also repeated his claim that gay men will be “carrying babies in their testicles and giving birth to them through their anus” before the Ali Forney Center takes over his church and creates a shelter for homeless LGBT youth.

February 24, 2016
This is Why I Just Walk Past Street Preachers
Next Post