Bryan Fischer Says Abortions Are “Like Food for Demons”

Atheists may love to eat babies, but who knew the Devil preferred the unborn?

Christian Right leader Bryan Fischer explained it all on his radio show yesterday: 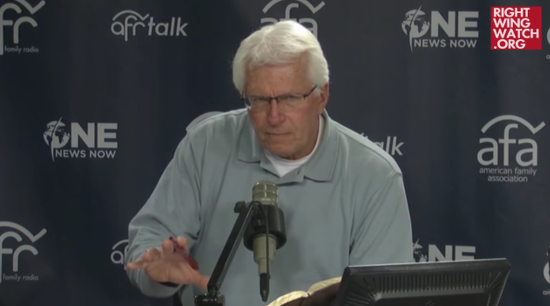 … When a nation sacrifices innocent children in abortion or infanticide, that is a sacrifice to demons, it’s like food for demons.

When a woman has an abortion, Satan gets his wings… or something like that.

No word yet on which trimester Satan prefers the most.

February 25, 2016
Alabama Bill Would Force Doctors to Tell Women How Much Money They Make from Abortions
Next Post

February 25, 2016 Glenn Beck's Fast for Ted Cruz Was a Complete Failure
Browse Our Archives
What Are Your Thoughts?leave a comment