Let me set up this up for you: Last week at Cooper Elementary School in Rogers, Arkansas, a school board member, the assistant superintendent, the principal, the vice principal, all four of the school’s gym teachers, a State Representative, and a class of third grade students took part in a ribbon cutting ceremony for a new fitness trail at the school.

A nun blessed the event with holy water, which you can see in the screenshot below. There was even a formal prayer that the students were invited to participate in. 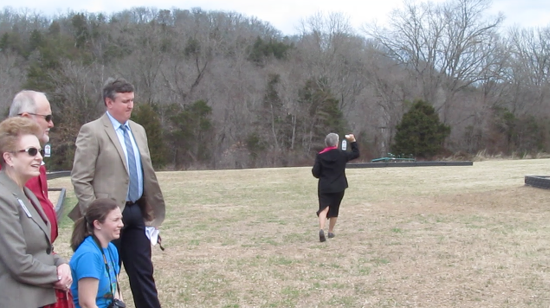 How is any of this legal? That’s what the Freedom From Religion Foundation wants to know. They sent a letter to the Bentonville Public Schools this week documenting the event and demanding that this kind of proselytizing end immediately.

How did the District respond? By saying that none of this was mandatory.

The Director of Communications for Bentonville Public Schools, Paul Stolt, released a statement:

“The ribbon-cutting event central to Freedom From Religion Foundation’s complaint was not a school-sponsored event. We thank our community partners Mercy Health and General Mills for supporting students in Bentonville Public Schools and our community by providing this new resource for health and fitness. The Land of Healthiness Fitness Trail, generously constructed with the support of the General Mills Foundation is located on Bentonville School property dedicated for this use. We appreciate Mercy Health for planning, publicizing and hosting the dedication event for the Fitness Trail and look forward to partnering with them in the future on other projects that benefit not only our students, but also our community. While some district staff, faculty and students attended the dedication, Bentonville Public Schools did not schedule, create an agenda, nor preview the remarks of any speaker prior to the event.“

He makes it sound like the District had nothing to do with this. As if Mercy Health planned the event and all these staffers, administrators, and children coincidentally showed up at the same place.

But we know the District promoted the event multiple times.

The School Board listed the item in an agenda:

The principal included the event in her monthly newsletter: 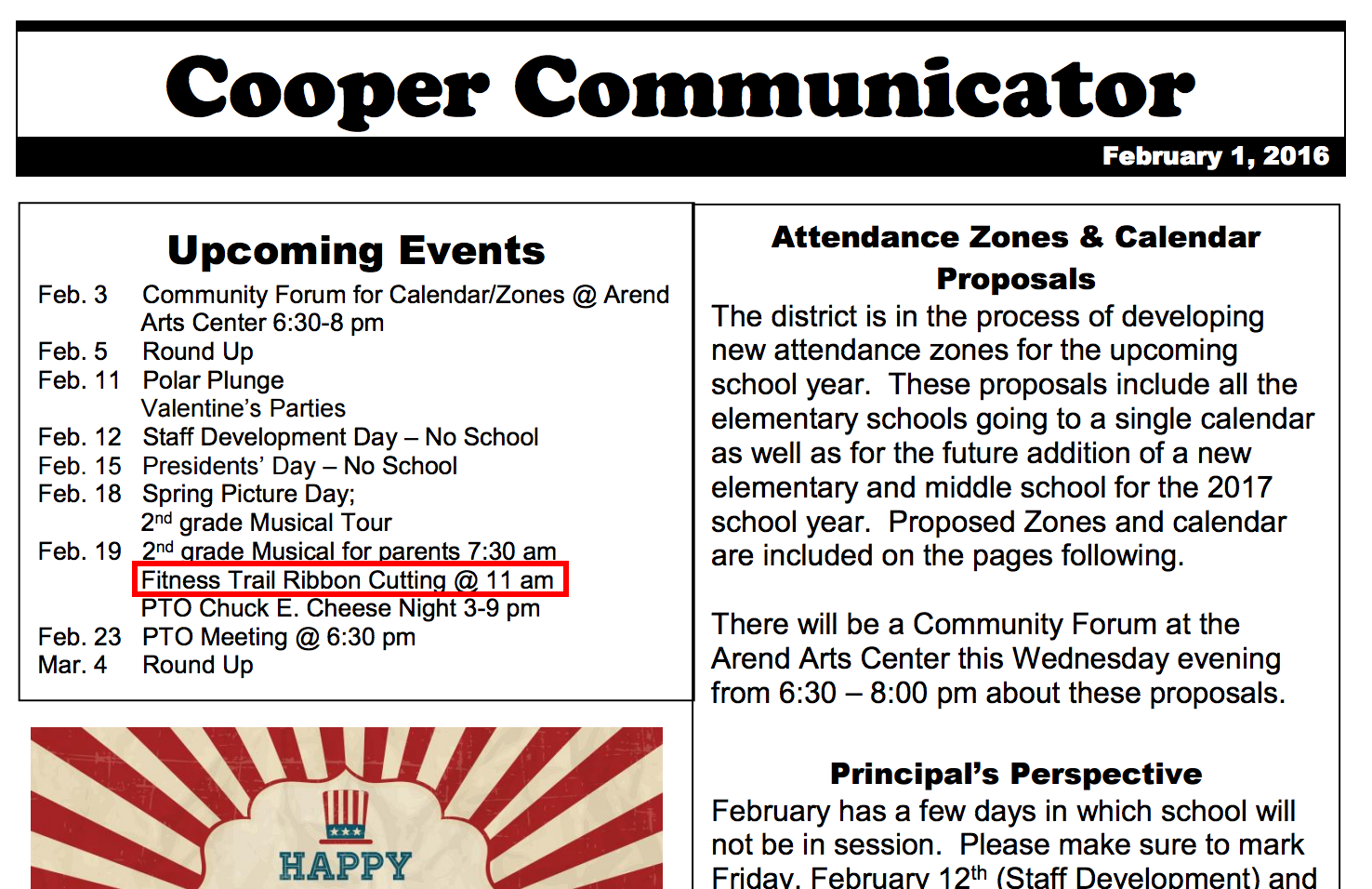 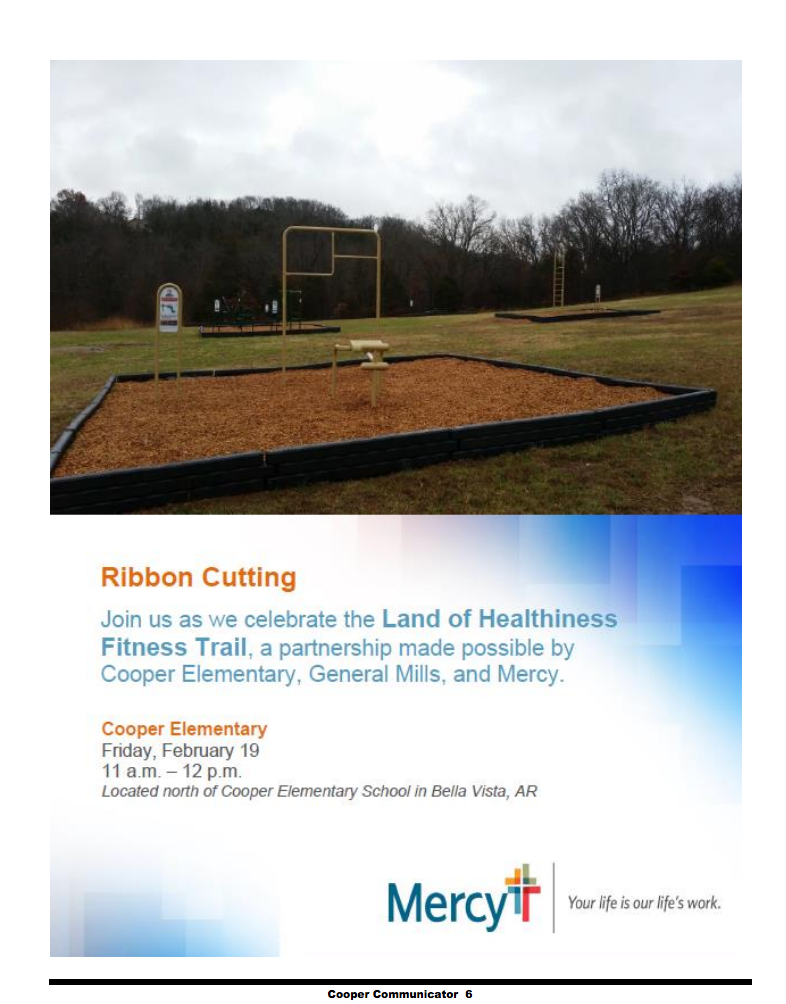 If you’re a student, there’s good reason to think your school wants you at this event. At no point does it say the event is optional or even that it’s religious.

And as far as the courts go, this seems like a cut-and-dried Establishment Clause violation. This District held a Christian event on school property, with staffers and faculty members present, and now they’re trying to pretend like there was no coordination with Mercy Health whatsoever. As if the students showed up because Mercy promoted this, not the District itself.

It’s rare to find this much bullshit outside of a David Barton book.

The reasonable thing for the District to do is apologize for the event, promise never to do it again, and then uphold that promise. Otherwise, the lawsuit is coming, and taxpayers shouldn’t be held responsible for the unethical behavior of school officials.