Answers in Genesis’ Avery Foley has discovered something shocking. Truly shocking. But before I elaborate, please take a moment to ensure that there are no children nearby who may glance over your shoulder and inadvertently be exposed to such horrors.

Avery has discovered — brace yourself — that monogamy isn’t for everyone. 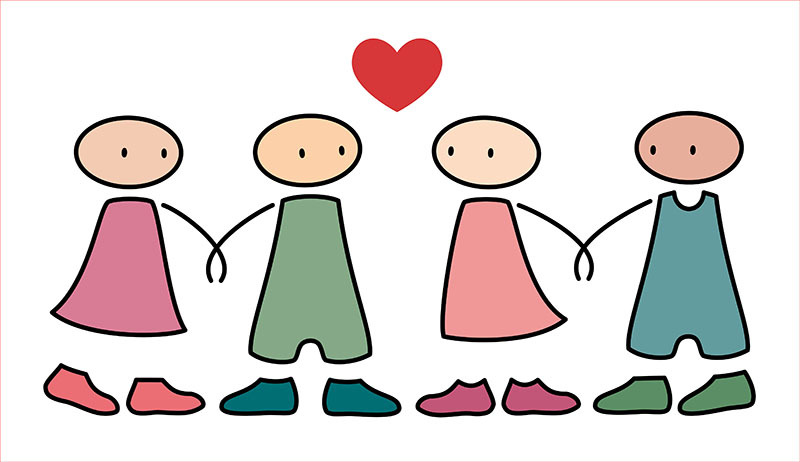 To anyone who reads a history book, watches TV, or knows real-life human people, this shouldn’t be shocking — people failing at monogamy has led to everything from impeachments to beheadings (Henry VIII, anyone?).

Still, this seems to be news to Foley, who starts by reflecting that

… one-fourth of Millennials are likely to never marry. Those who do marry have divorce as an escape route and, sadly, many will choose to use it. Sex, which has traditionally been viewed as exclusively for married couples, has been cheapened to the point where “one-night stands” with relative strangers are acceptable and in many cases expected. Homosexual relations and multiple partners are no longer frowned upon by the culture, and polyamory — basically adultery with consent from your partner — is on the rise. Even among 20-somethings who currently attend church, almost 40% don’t think premarital sex is wrong. What has happened?

Seems reasonable to me.

As to the “what happened,” Foley answers that “times have definitely changed.”

As a whole, our culture has rejected God’s Word as its moral foundation. This was crystalized in Obergefell v. Hodges in June 2015, when the Supreme Court made gay “marriage” legal across the United States. This was the culmination of years of rejecting God’s Word and instead basing morality on man’s ever-changing opinions and reasoning.

Celebrating rigid closed-mindedness seems odd, until you remember that this comes from Answers in Genesis. Why change your opinions — ever — when you can just say “I’ve got this book” instead?

But there is an absolute standard for morality — it is found in God’s unchanging Word.

Really, life is so much simpler when you eliminate thinking and replace it with obedience to someone else. I mean, why trouble yourself with figuring out the morality of your actions, or reasoning through your beliefs, when you can just accept, on faith, that you’re right?

Alas, not everyone is convinced. There are those who believe other people should be able to make their own personal decisions. People like the folks at dating website OkCupid, who are not in a panic that some users of their site might not be interested in monogamous, heterosexual relationships.

Which, of course, is bad. Very, very bad.

OkCupid is a popular dating website that is visited by millions of people each year. Its features are the epitome of America’s changing concepts on marriage, sex, and gender. In 2014 OkCupid launched features allowing users to choose from 22 different gender and 12 sexual orientation options to describe themselves. These include “straight,” “questioning,” “asexual,” “heteroflexible,” “sapiosexual,” “androgynous,” “intersex,” “two spirit,” “transmasculine,” “hijra,” and much more.

Even more worrying to Foley is the revelation that the site supports “Couples Linking,” a tool to meet people beyond your partner. That feature was the result of

… 24% of OkCupid users being “seriously interested” in group sex and 42% being willing to date someone who is already in a relationship.

My goodness! Fetch the smelling salts. I mean, how will we survive if some adults prefer non-traditional kinds of consensual relationships?

These OkCupid features highlight how far our culture has drifted from God’s view of marriage, sex, and gender. Really, all things have been deemed permissible by our culture, and dating sites are becoming more about gratifying sexual desires then anything else. A common argument for gay “marriage” is “if they love one another…” Acceptable is then based on a purely emotional argument where “love” is used to determine whether or not something is permissible. Of course, if this is the standard, then what is wrong with adultery, bestiality, polyamory, polygamy, or pedophilia? With no absolute standard, “anything goes” as man decides morality based on his own fallible opinions.

To put it another way, if consenting adults can have sex, why can’t an adult prey on kids or animals?

Because consent, that’s why.

Not that that matters to them. See, they’ve got this book…

“Open relationships” are wrong regardless of consent between the couple. When two people are united in marriage, they become one flesh, and we are commanded not to separate what God has brought together (Matthew 19:6). No matter what name is used, when a married couple, either together or separately, invites another person into their marriage relationship, they’ve committed adultery. One of the Ten Commandments is “Thou shalt not commit adultery” (Exodus 20:14), and Jesus equated looking with lust to adultery (Matthew 5:28). Proverbs says, “whoever commits adultery with a woman lacks understanding; He who does so destroys his own soul,” and warns young men to steer far from the path of the adulterous woman (Proverbs 5). Hebrews is incredibly clear: “Marriage is honorable among all, and the bed undefiled; but fornicators and adulterers God will judge” (Hebrews 13:4). Adultery is a sin, and the result is judgment from God.

Now, nobody tell Foley this because OkCupid’s polyamorous-friendly policy has obviously caused enough trauma… but you know what else has a long history of people with multiple partners who weren’t their spouses?

The Bible. Which, you know, had polygamy. A lot of polygamy. And not just among the sinners and ne’er-do-wells. (How many hundreds of wives and concubines did the “apple of God’s eye” have again?)

So much for absolute standards and unchanging morality, I guess.