Alabama Bill Would Force Doctors to Tell Women How Much Money They Make from Abortions February 25, 2016 Lauren Nelson

The past several years have seen an onslaught of anti-choice policies being pushed through state legislatures. Much has been written of them, with many more words to come. But a recent bill in Alabama, HB 183, is so chock-full of obscenities, it deserves a particularly thorough smackdown.

For starters, it’s called the “Ultrasound Access Bill,” which is almost funny, because it has nothing to do with providing access and everything to do with mandating participation. Should the bill become law, any woman would be required to receive a sonogram with accompanying description of the location of the amniotic fluid sac, features of the fetus, and the presence of a heartbeat. Alabama apparently does not care that the Supreme Court has already held that such practices are unconstitutional, as it amounts to forced government speech that is completely medically unnecessary. 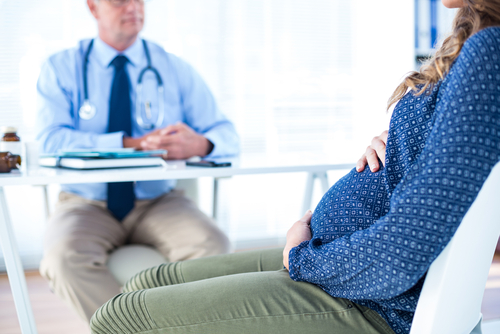 But just in case the woman forced to go through a sonogram to gain access to a medical procedure wants to jump through some more medically unnecessary hoops, the bill would also require providers to provide a list of sonogram providers within a 10- or 50-mile radius to the woman in question under the auspices of encouraging them to seek a second opinion.

Alabama legislators don’t stop there. They also want all abortion practitioners to be required to explain what the bill calls a “conflict of interest.” It defines this as:

I’d actually be okay with this, but only if the doctors were also required to enumerate how many women’s lives they had saved. While we’re at it, let’s read aloud testimonials from women about how grateful they were for the doctor’s skill and support along with what price they’d put on their bodily autonomy so the patient can have a metric of comparison. I mean, if you want women to have as much information as possible, you’d want them to know all that, right?

Sound unlikely? I wonder why.

Why? Because that’s nonsense, that’s why.

The dichotomy really comes down to the fact that Republicans care more about the result of a physical screw than they are the screwing doled out regularly by Wall Street.

Sorry, we got off track for a minute there. The next outrageous element? Throughout the bill, the text refers to the “unborn child,” with multiple warnings about educating women regarding the death of said unborn child.

Let me say this a bit louder for the folks in the back: IT’S NOT A CHILD. IT’S A FETUS. DO NOT REGULATE MEDICAL PROCEDURES IF YOU CANNOT USE PROPER MEDICAL TERMINOLOGY.

But outside of the absurd premise that male lawmakers, often with no medical expertise, should somehow have authority over highly educated medical providers and the relationship they have with their fully autonomous female patients, this kind of language, as we’ve previously discussed, is dangerous. When the fetus is legally recast as a child, the foundation is laid for extrapolation. In conservative legal regimes, that extrapolation could be used to cast something like a miscarriage as criminal.

And here’s the part that really gets my rage going: You might remember our recent discussion of a case in Michigan where the Catholic Church refused to perform or advise D&Cs for nonviable pregnancies, forcing those women to undergo the unnecessary physical and psychological trauma of a painful, prolonged, and dangerous miscarriage. In Alabama, they’re not content with just Catholic hospitals engaging in such nonsense. Rather than suggest a more humane D&C or medical inducement, the state wants abortion providers to instruct these women that they will simply miscarry with no further intervention unless evidence suggest otherwise.

Here’s the problem: except for a handful of scenarios, these doctors have little irrefutable evidence that a miscarriage will result in medical complications. In fact, they often do, especially as the pregnancy progresses, putting women at risk for significant infection and potential infertility. But when you consider that this law carries a penalty of 10 years in prison and/or a fine of $1 million for an infraction, the bill sets up penalties that encourages doctors to leave that part out.

Laws like these are indescribably insulting to women. They are not intended to help women make an informed decision. They are intended to discourage, manipulate, and in some cases prevent a woman seeking an abortion from making a personal decision about the future of her own body. Alabama is not the first to go down this road, nor will it be the last.

Just one more reason to pay close attention to the future of the Supreme Court and the upcoming election.

February 25, 2016
A Campus Atheist Group in Madison (WI) is Now Advertising on Local Buses
Next Post

February 25, 2016 Bryan Fischer Says Abortions Are "Like Food for Demons"
Browse Our Archives
What Are Your Thoughts?leave a comment