The Atheists, Humanists & Agnostics group at the University of Wisconsin-Madison has once again done what no college group I know of has done before: advertising the group on local buses over the next month: 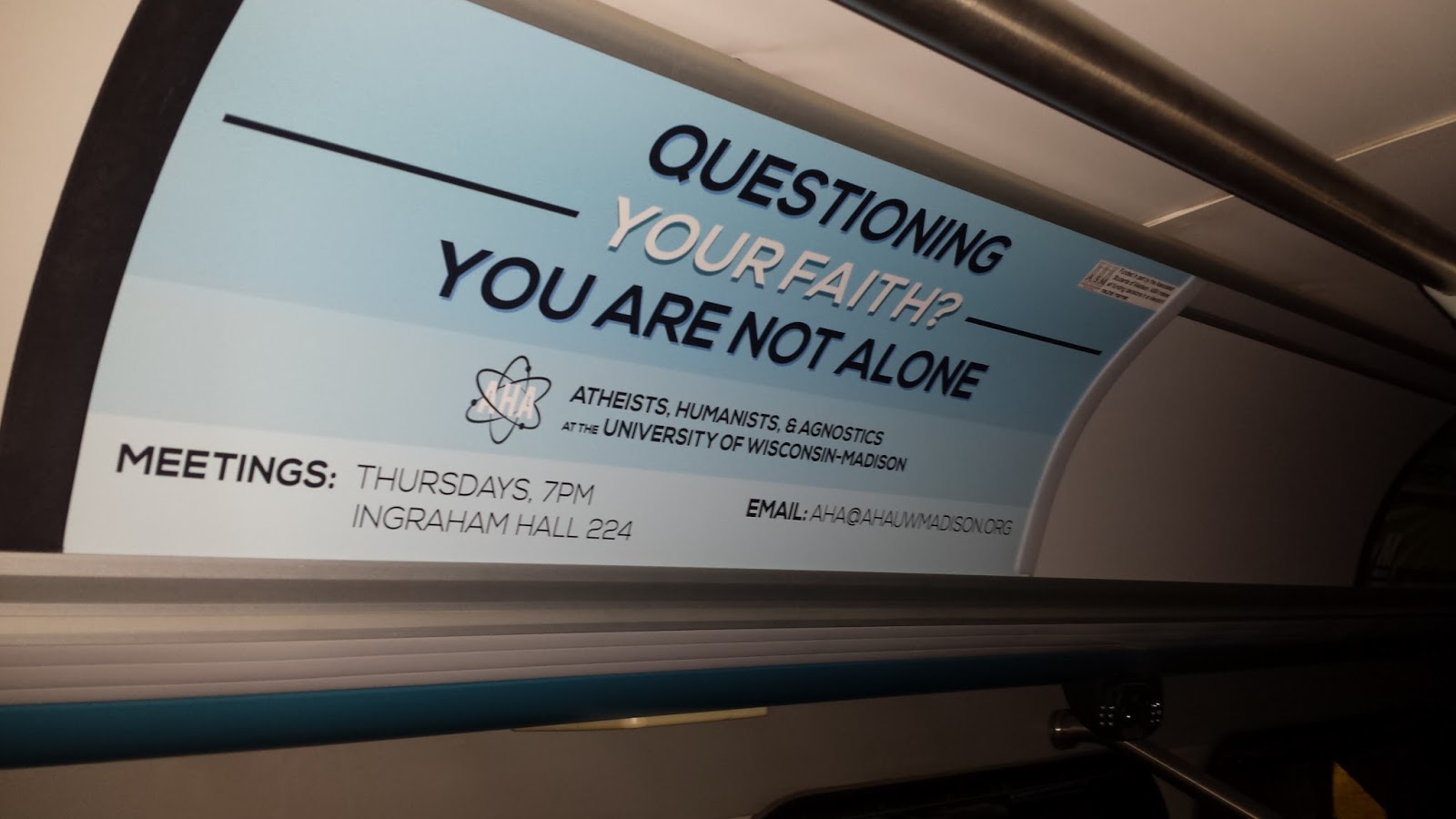 In our mission statement, AHA notes that we seek to “provide a support group for those who may be struggling with issues regarding their faith or lack thereof.” Through this bus campaign, AHA will reach students who may not otherwise be reached in our advertising and flyering efforts. The Madison Metro Transit bus system has installed most of the advertisements on busses that tend to run on campus, which maximizes our exposure to students. This means that we will reach many of the thousands of students who utilize the Madison Metro Transit bus system every day.

How did they pay for this?

The AHA took advantage of a special program on campus that gives a handful of student groups tens of thousands of dollars in funding for the year. This year, they have a $64,000 budget (significantly larger than most off-campus atheist groups). Some of that money went to pay for these ads.

They plan to put up more signs next month to advertise their annual Freethought Festival conference.