Ted Cruz may have a scientifically punchable face, but that’s not the only reason to hate the guy. After all, his platform is even more odious than Donald Trump‘s nonsense, and his drive to demolish the theoretical wall between church and state is unmatched. He’s the super villain Secular America decidedly does not deserve.

So when folks on the Internet started floating the idea that Ted Cruz was secretly the Zodiac Killer, it seemed, on face, plausible. Sure, the murders began before Cruz was even born, but with a hypothetical soul that black, anything is possible, right? Plus, the similarities between the available composite sketches of the Zodiac Killer and Cruz will at least make you blink a couple of times. 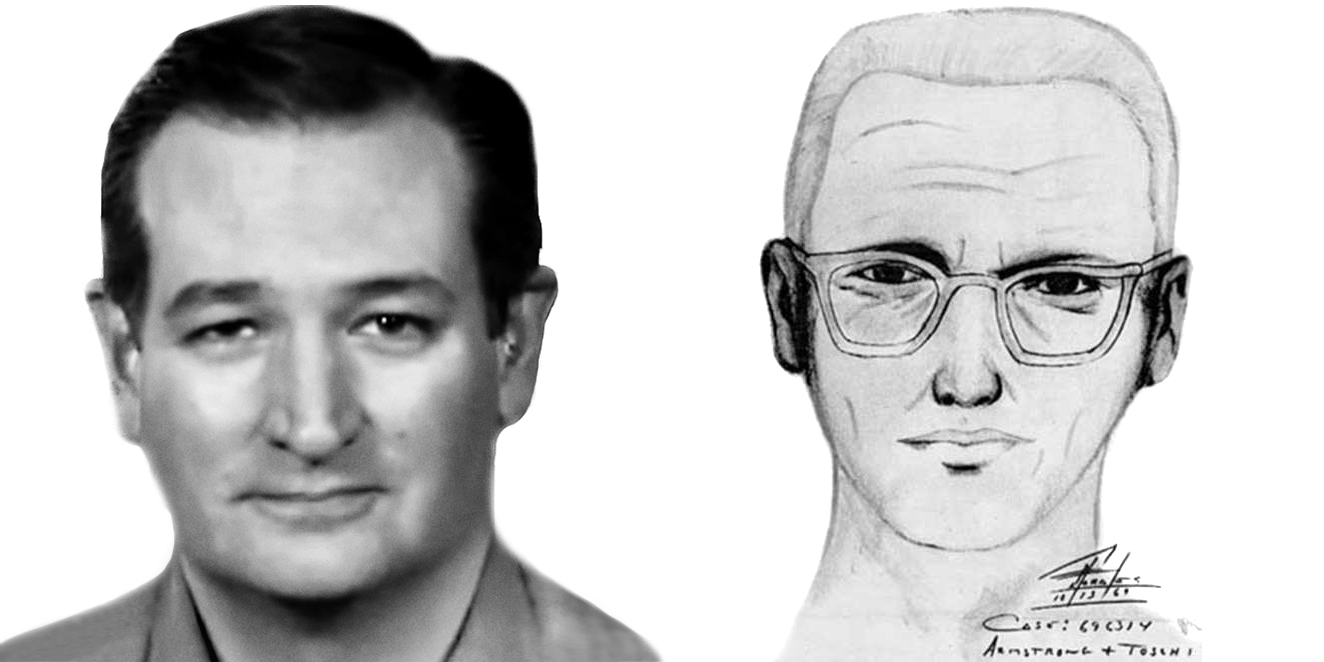 At first, the push was about quick laughs and the awesome possibility that we might one day hear Ted Cruz utter the words, “I am not the Zodiac Killer.”

And then came the genius known as Tim Faust.

Noting that people have been making “_______ is the Zodiac Killer” shirts for years, it seemed only natural that he continue the proud tradition with one that fingered Cruz as the culprit. The kicker? He’s donating proceeds from the t-shirt sales to West Fund, an organization in Texas that helps fund abortions for low-income women.

To put it another way… TED CRUZ’S FACE WILL BE THE ONE THAT SPAWNED A THOUSAND ABORTIONS. IT’S AN IRONY SO DELICIOUS I’M SPEECHLESS.

Well, not really. Actually, I’m full of praise for Mr. Faust, who is not only a digital troll of epic proportions but an abortion advocate after every pro-choice heart in the world. As he explained to Broadly:

I’m not going to sell t-shirts of an online joke if I don’t think that, one, the joke is funny, and two, it goes to something important. Commercializing memes for personal profit is pretty gross.

I moved to Texas in 2013 to get involved in reproductive rights. I saw Wendy Davis filibuster HB2 and quit my stupid tech job in San Francisco. I worked for Planned Parenthood for a bit—though for their advocacy arm on the Affordable Care Act, not in the clinics — then got involved in healthcare data work.

Texas is an abortion wasteland — and not in the cool way, because absent context “Abortion Wasteland” sounds pretty cool. The state’s anti-abortion laws are barbaric and cruel. [Taking away access to abortion care] is a cudgel levied disproportionately upon those who can afford it least. At West Fund, the average monthly income of patients is $930. The average abortion procedure cost is $950.

Want to support him and the women of Texas? Here’s your chance. Buy your “Ted Cruz Is The Zodiac Killer” shirt here or donate directly to West Fund here. Let’s make anti-choice Cruz the sponsor of women’s bodily autonomy, shall we?

February 24, 2016
Nearly 6,500 People Have Resigned from the Mormon Church Thanks to One Lawyer and a Website
Next Post