Yesterday, the National Organization for Marriage (a group best known for opposing marriage) posted this image on Facebook, boasting of “two million people march in Rome for man woman ‪#‎marriage‬ on family day.” 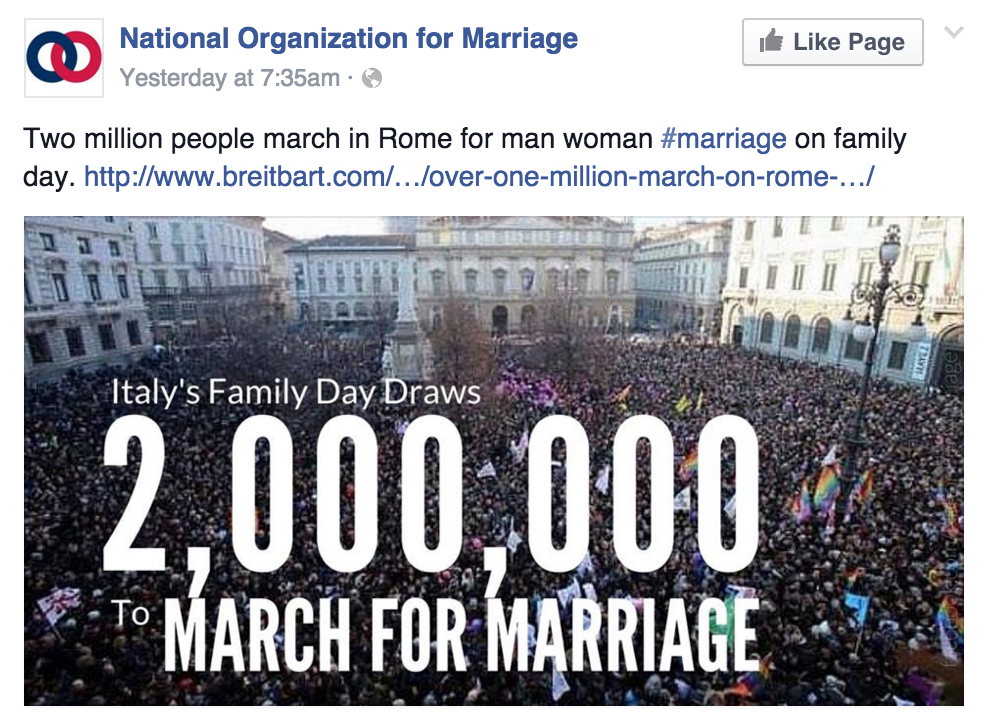 Maybe they missed all the rainbow flags in the picture, but those people aren’t celebrating marriage inequality.

They’re there for a gay pride rally, in support of proposed legislation in Italy that would grant legal recognition to people in civil unions. Seriously. Go to that link. The original picture is right there.

That’s not to say there’s no opposition to the legislation, but that’s not what’s happening in that picture.

Joe Jervis points out that this is hardly the first time NOM has been busted for misrepresenting a picture. A similar incident occurred last year with the anti-gay group Liberty Counsel — but they eventually apologized (after denying it multiple times).

Remember, kids: Lying is okay when you’re doing it for Jesus.

February 24, 2016 Arkansas Legislator Rips Up Letter Asking Him to Stop Raising Money for Ten Commandments Monument
Browse Our Archives
What Are Your Thoughts?leave a comment