A Researcher Reviewed 176 Studies on Homeopathy and Found It To Be a “Therapeutic Dead-End” February 24, 2016 Rachel Ford

Last year, researchers for Australia’s National Health and Medical Research Council concluded that homeopathy was not a reliable means of medical treatment. The chair of that effort, Professor Paul Glasziou, revisited the topic in a blog post in which he takes aim at some of the homeopathy supporters who have objected to his team’s work. 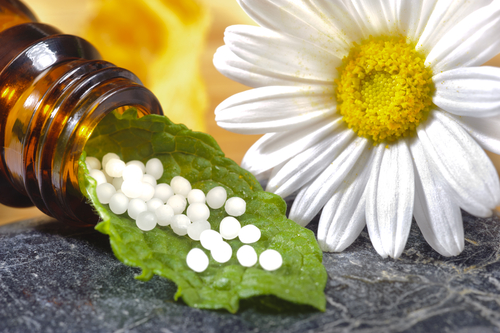 His research, he notes, involved

… 57 systematic reviews (on 68 conditions) which contained 176 individual studies and finding no discernible convincing effects beyond placebo.

Not only did the analysis find that homeopathic treatments are no more effective than placebos, but they were used to treat a wide range of often serious conditions, leading to concerns that people were postponing or skipping real treatments for something no better than a placebo:

One surprise to me was the range of conditions that homeopathy had been evaluated in, including rheumatoid arthritis, radiodermatitis, stomatitis (inflammation of the mouth) due to chemotherapy, and human immunodeficiency virus (HIV) infection. What subsequently shocked me more was that organizations promote homeopathy for infectious conditions, such as AIDS in Africa or malaria. Given the current effective treatments, that seems a very dubious activity, and is another example that justifies the NHMRC statement that “People who choose homeopathy may put their health at risk if they reject or delay treatments for which there is good evidence for safety and effectiveness.”

Glasziou notes that he’s not surprised that the study hasn’t been well-received by proponents of homeopathy. But he maintains that it is defense of an essentially useless alternative to real medicine.

Indeed the International Council for Homeopathy is currently leading a fund-raising effort: not to fund better research, but to attack the NHMRC document. I can well understand why Samuel Hahnemann — the founder of homeopathy — was dissatisfied with the state of 18th century medicine’s practices, such as blood-letting and purging, and tried to find a better alternative. But I would guess he would be disappointed by the collective failure of homeopathy to carry on his innovative investigations, but instead continue to pursue a therapeutic dead-end.

Healthcare should be about finding evidence based cures, not placebos. As Tim Minchin put it, “You know what they call alternative medicine that works? Medicine.” And if homeopathy can’t withstand testing, it’s time to move on to real solutions.

February 24, 2016
The Gap Between Sight and Sound
Next Post