The American Family Association Has Quietly Removed the “Bigotry Map” from Its Website February 23, 2016 Hemant Mehta

It was a year ago today when the American Family Association released a “Bigotry Map,” a sort-of response to the Southern Poverty Law Center’s famous list of “hate groups.” But while the SPLC’s list consisted of groups that “have beliefs or practices that attack or malign an entire class of people, typically for their immutable characteristics,” the AFA’s map appeared to have just one prerequisite: You disagreed with them. 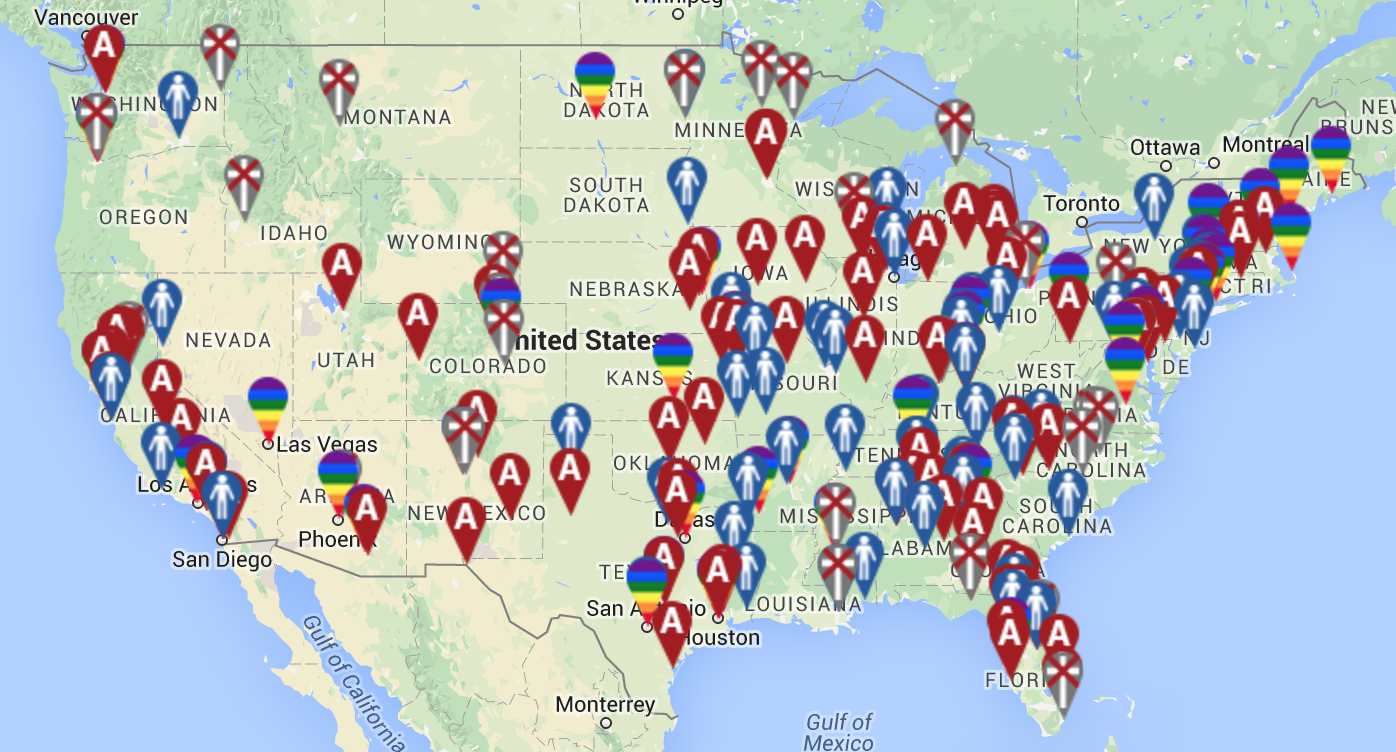 The AFA’s list included… random local atheist groups. Because their members don’t believe in God. (Which, as you all know, amounts to bigotry.)

Seriously, the map listed groups whose members’ worst crime was disagreeing with Christianity and creating a safe space for atheists to discuss their doubts: 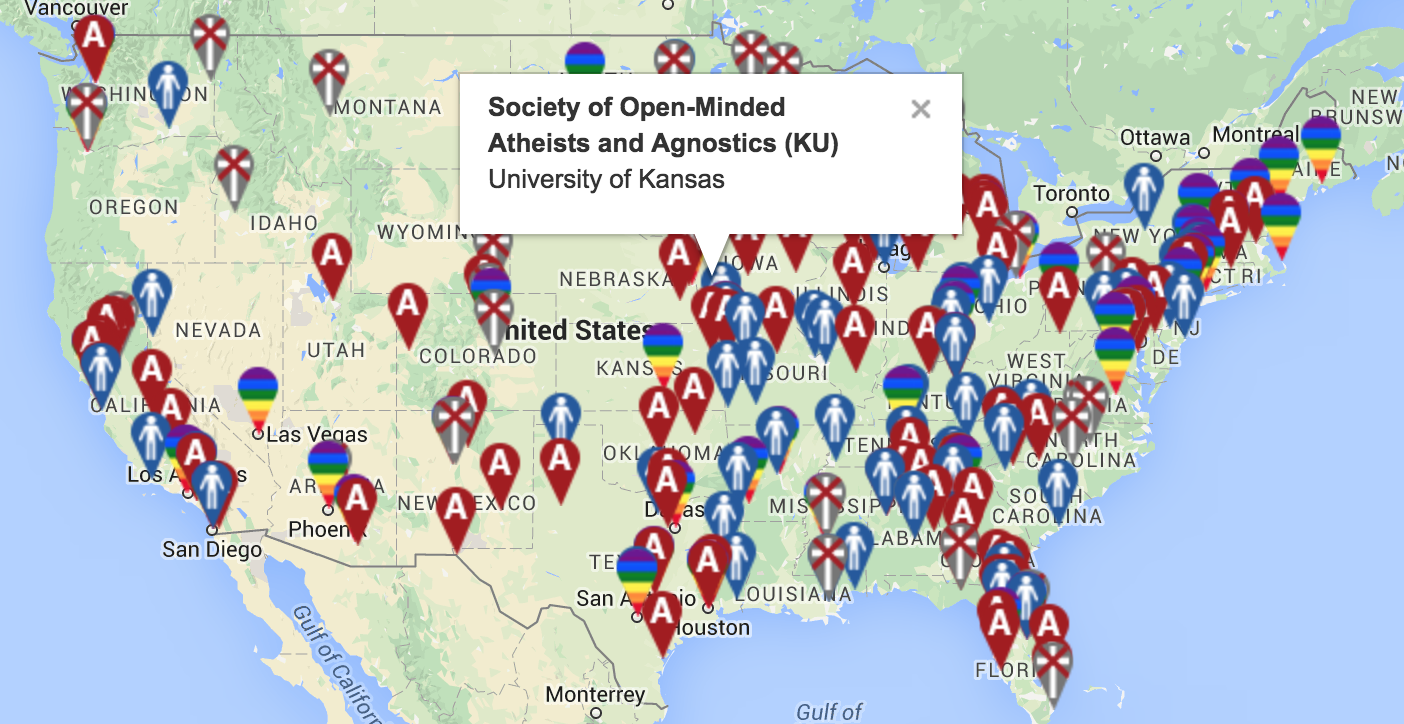 When college atheist groups appear on your list, it’s just evidence of how little anti-Christian bigotry there really is out there.

They even had a whole section dedicated to “Humanist” groups, which is mind-boggling if you know what that word means:

Also on the list were national organizations that supported LGBT rights (like the Human Rights Campaign), fought First Amendment battles when Christians overstepped their bounds (like the Freedom From Religion Foundation), and called out actual hate groups (like the Southern Poverty Law Center, naturally).

At the time, the AFA said:

That would be awful if it were true. But no examples were ever offered of these incidents. In fact, there was no explanation whatsoever for why the various groups were put on the Map.

But let’s suppose they were telling the truth. If the AFA wanted to play the game where an organization was responsible for every action taken by its members, I promise you every megachurch in the country would be guilty of harboring someone who has committed a crime or violent act. An intelligent person would tell you, though, that the blame doesn’t automatically lie with the church. Unless the pastor explicitly called for violence, you have to make a strong case for a connection between the two.

It was a silly way to get media attention, and you could argue that it backfired. Some atheist groups began campaigning for inclusion on the map, seeing it as a badge of honor. Reporters even began looking into these supposedly “bigoted” groups, only to realize that they were actually pretty damn awesome.

The Map was a perfect example of how desperate right-wing groups were to show the fictional marginalization of Christians. They equated criticism of Christianity with anti-Christian bigotry.

If they really wanted to expose groups that made life harder for many Christians out there, they would have just put their own organization on the Map and left it at that.

Perhaps for all these reasons, the AFA has quietly removed the Bigotry Map from its website. There’s no trace of it on there other than press releases from last year. The only place you’ll find the Map now is on the Wayback Machine.

I called up AFA earlier today to find out what’s going on. General counsel Patrick Vaughn told me that the Map was indeed taken down because it had “served its purpose” and the organization likes to keep the website fresh.

Maybe that’s true (though I’m not sure what purpose it ever served).

Or maybe the Map was such an embarrassment, even for AFA, that they wanted to scrub it from the site entirely. It’s not like they announced the Map had been a success and it was time to move on. They just took it down, hoping no one would notice.

On a brighter note, at least the “Map” is finally accurate.

February 23, 2016
John Kasich is Hardly a "Moderate" Candidate
Next Post